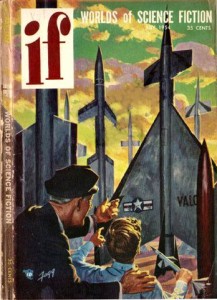 You may be interested in “Thing in the Attic” by James Blish which was recently added to Project Gutenberg.

“The reputation that they had given him, too, had helped to bring him to the end of the snap-spine tether. They had given weight to his words among others—weight enough to make him, at last, the arch-doubter, the man who leads the young into blasphemy, the man who questions the Book of Laws.

And they had probably helped to win him his passage on the Elevator to Hell.”

2 thoughts on “The Thing in the Attic”