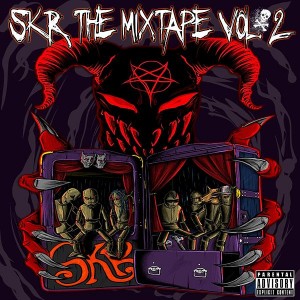 SickTanicK [also] has been mentioned before, with several tracks added to the Hermetic Library audio pool. And, so you may be interested in a new SickTanicK video (mixvideo?) for the occult rap track “Sympathy for the Devil” and mixtape of artists on Serial Killin Records, a New Mexico indie label, which includes SickTanicK.

Yeah, that’s an edgy NSFW mixtape that is autoplay after the jump … well, there’s plenty on hermetic.com already to offend anyone at some point or another, and I encourage reading banned books too. So, there it is!

Okay, so the video got killed, so here’s just the audio track from the Hermetic Library audio pool: