Hermetic Library visual pool contributor Rik Garrett has recently started a kickstarter campaign for a solo exhibit in London of his Earth Magic series. You may be interested in helping get this going.

“I’ve called Earth Magic my ‘witch’ project, as I’ve been inspired by a lot of the old literature regarding witchcraft – books such as Compendium Maleficarum and Malleus Malificarum. With Earth Magic I’ve envisioned a matristic, nature based world; a female-centric, ritualistic community completely apart from the rest of society. This is a history of ‘witchcraft’ devoid of ‘witch hunts,’ a race of women who draw their energy and inspiration from the Earth itself. What if there were a truth to the myths of Amazons and the books like Aradia, Gospel of the Witches? What if these truths were presented faithfully? “ 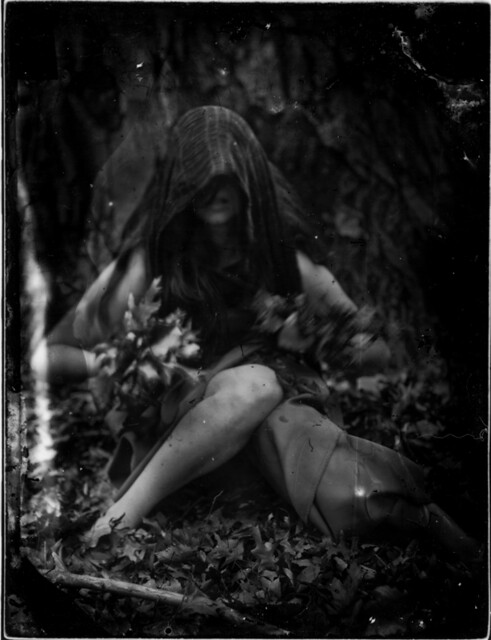 “A London art gallery has graciously invited me to have a solo exhibit of my photographs, on one condition: I have to attend the reception. In addition, I have a lot of artwork to finish in order to have a great exhibition, so here I am on Kickstarter trying to make it all work.

The gallery would like me to show my body of work called Earth Magic. This is a series of photographs taken with the wet plate collodion process – the photographic negative is a piece of glass treated to be sensitive to light. It’s a long, labor intensive process that lends the series its unique look. “