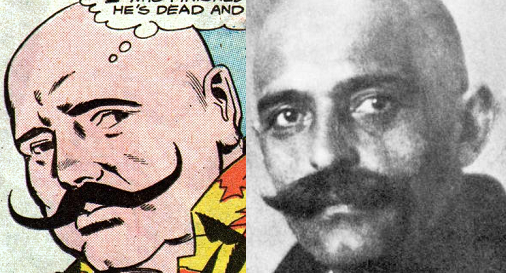 “The teacher, wanting the character to be conscious of his inner emptiness, proves that his existence, by being so “from the skin outwards,” depends on others. If the others stop paying attention to him, he does not exist, the reason being that all his values are based on the opinions of the rest. Flash lives not for himself, but for others. He exists in those who see him.

By no longer being seen and admired, the artificial self behind which he hides evaporates. By becoming naked, depending on his own values, he realizes that he is nothing. Gurdjieff says that man is born without a soul and that through huge and systematic efforts he must create it for himself. Flash never made an effort to create himself. At that moment of crisis, instead of stopping to ponder, reflecting on himself and working on his inner being, he decides to go after the girl he had impressed with the classic miracle of walking on water.”

“We are left with the moral that it is hard it is for teachers to teach. The disciple fights with all his strengths to get back the crutches that had been taken from him. The master says: ‘YOU WIN BY LOSING!‘ but the disciple becomes distressed when confronted with emptiness and believes he can recover his self-confidence by destroying the image of the teacher (‘Thief’).”