BBC is reporting that a ‘Witch’s cottage’ unearthed near Pendle Hill, Lancashire. You may have seen this, since it has already made the rounds. But, if not, here it is again.

“Engineers have said they were ‘stunned’ to unearth a 17th Century cottage, complete with a cat skeleton, during a construction project in Lancashire.” 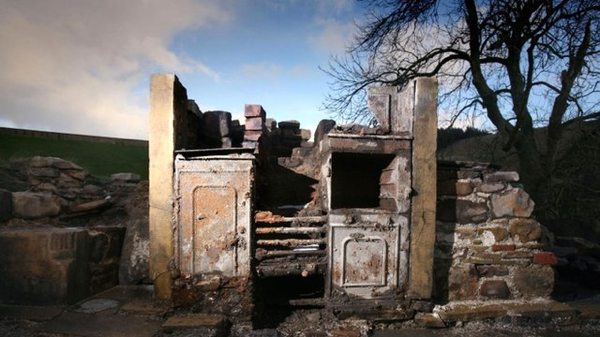 “Simon Entwistle, an expert on the Pendle witches, said: ‘In terms of significance, it’s like discovering Tutankhamen’s tomb.

‘We are just a few months away from the 400th anniversary of the Pendle witch trials, and here we have an incredibly rare find, right in the heart of witching country. This could well be the famous Malkin Tower — which has been a source of speculation and rumour for centuries.”

There’s a video on the BBC page, so you may want to check that out.

“a true story of paranoia and persecution”

“Most of the press coverage slips uneasily between historical facts and sensationalism.” [via]

“Author and Pendle Witch expert Mary Sharratt, author of the novel Daughters of the Witching Hill, noted to me that a ‘mummified cat was a common country charm to ward off evil so it doesn’t necessarily follow that cunning folk lived in the cottage, but it’s still an interesting discovery.'” [via]