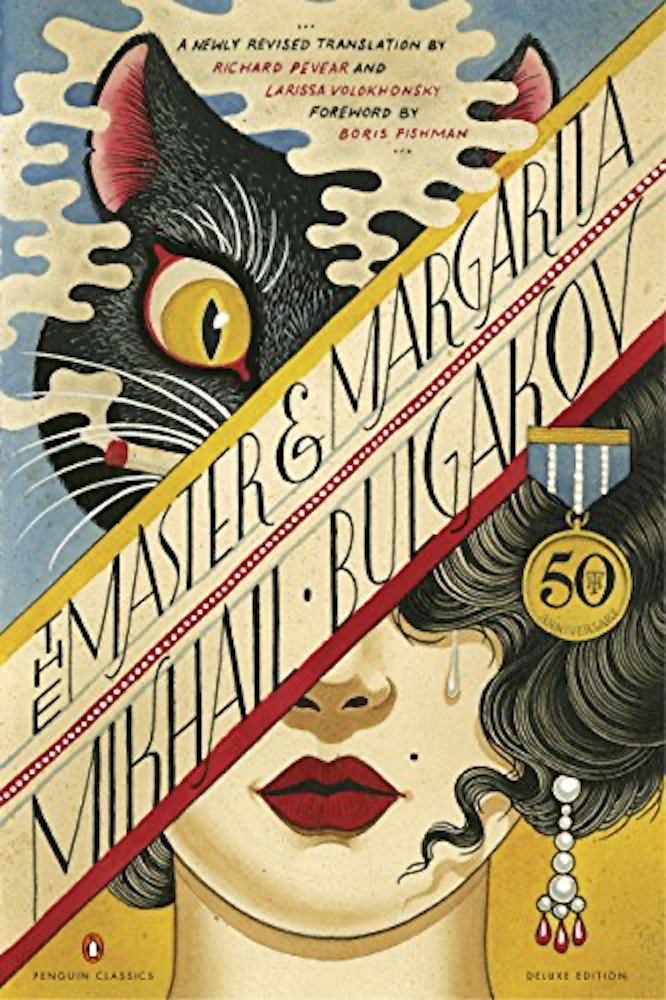 “Vladimir Bortko has become the first Russian film director to start shooting of renowned Bulgakov’s novel and not to stop half-way. All the others Russian directors once engaged in the production of Master and Margaret have actually turned out to be unable to finalize their projects. The rumors say, it is due to some mysticism… The Master and Margaret begins with two story lines: the Devil and his retinue show up to make mischief in 1930’s Moscow while Matthew the Evangelist attempts to uncover the truth about Pontius Pilate and the Crucifixion of Jesus in Jerusalem in A. D. 33. Halfway through the novel, Bulgakov unveils a third story line set in Moscow, in which the love-stricken Margarita bargains with the Devil to be reunited with her lover, the Master, a tormented writer-hero who pines away in an insane asylum. Bulgakov gradually weaves the three scenarios together, all the while exercising devilish lampoonery and wit to satirize Soviet life under Stalin. Because public discussions of religion and critiques of the government had long been punishable by a trip to the gulag, the themes addressed in Master and Margaret very rarely surfaced in the Soviet Union: many Soviet citizens read the Gospel story for the first time in Bulgakov’s narrative.” [via]

Update 4jun2021: Original video embedded has disappeared, so I tried to find something else, but it isn’t what I’d originally had here.