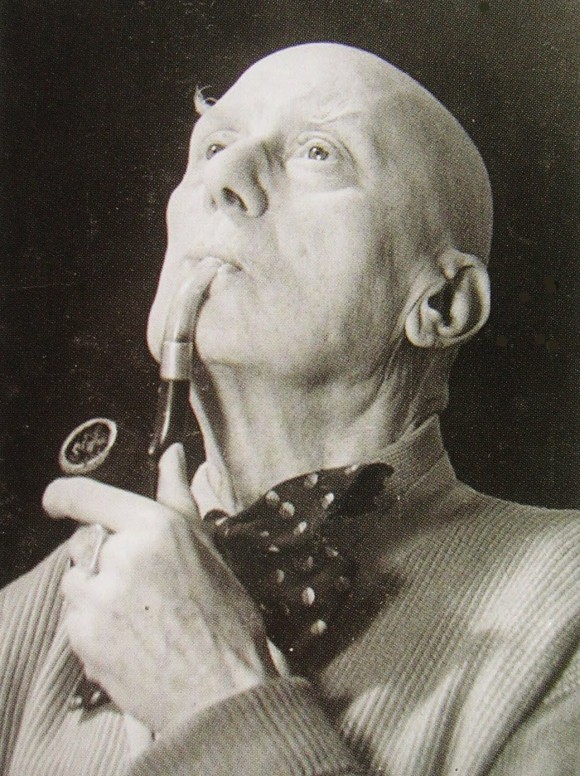 “Aleister Crowley was born on this day in 1875 in Leamington Spa, England, with his Sun in Libra, Moon in Pisces and Leo Ascendant.” [via]

“Crowley did incredible things and he did horrible things. Now he is dead, and we have inherited the world that he prophesied. Now, in the Aeon of the Child, we all stand as terrible and immature infants with the electronic power of gods, running wild in a world of nuclear chaos. Even Crowley cowered in terror when he was shown what the world would become, after two world wars, the splitting of the atom and the breaking of all social codes: Us, that most awful and vicious Beast of all.” [via]