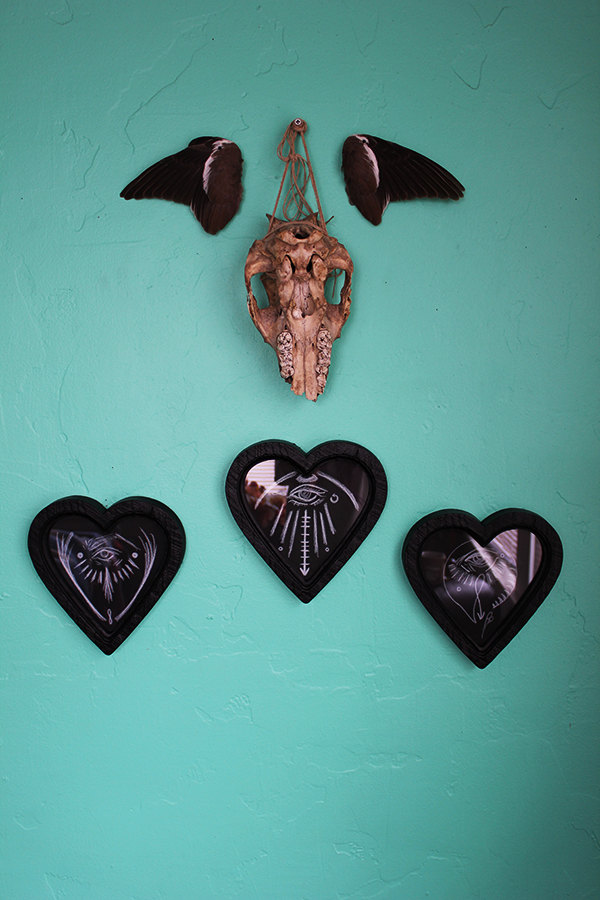 “Finding my illustration voice as of late. When I bought these frames I immediately wanted to carry out an idea I have had to sketch the Moirai — also known as the Fates.

In order are Clotho, Lachesis and Atropos.

The thread of life is woven into an infinite symbol below the youthful and open eye of Clotho. Second is Lachesis, with a somewhat closed eye, her ruler which marks the time allotted to each living soul, there you can see nine marks. In the last frame is Atropos, the eldest of the three with her aged eye encircled by the thread of life marked by nine and ultimately snipped at the end by her ‘abhorred shears’ which you see next to the cut.” [via] 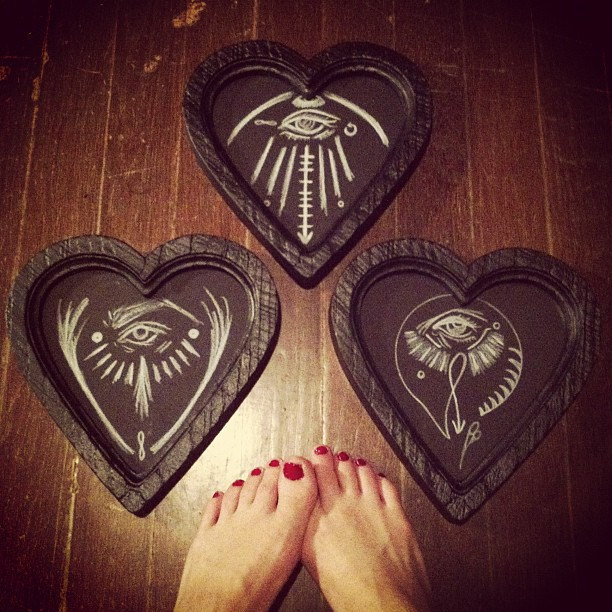