This song corresponds to the tunnel of Shalicu in an ongoing series on the Tunnels of Set. It has been created as the result of a personal exploration of the tunnel of Shalicu, which is related with fire, judgement, and the disruption of mental conditionings. Shalicu is the death of personality through fire, but it is also resurrection and the hope of leaving every attachment behind, therefore the promise of freedom. It is a journey through the Underworld, a cleansing which deconstructs the individual and even shatters him into pieces with which he can build again from scratch. Special credits go to Victoria del Arte for providing her voice in this track. 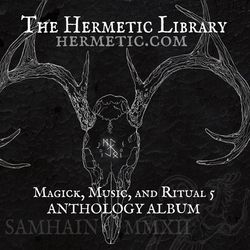