SickTanick, who has a track on the first anthology album and has been helping with mastering all the other issues so they sound as good as possible, has a new album coming out called Chapter 3: Awake: The Ministry of Hate. You should check that out as it is in pre-order and set for release on Dec 18th. 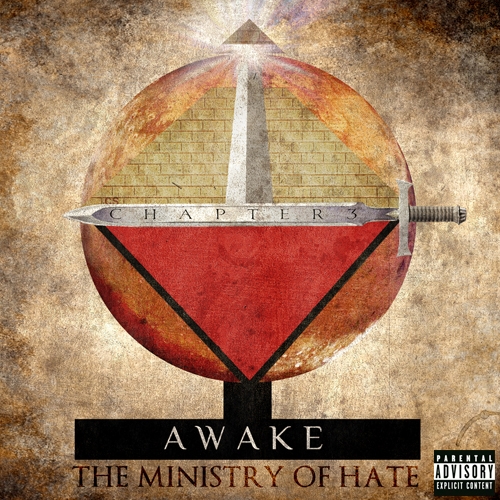 “SickTanicK has returned with his third and final installment of the ‘Doctrines’ saga that started in 2005 with his debut album ‘Premanitions’. An absolute onslaught of ‘Occult Rap’, this album delivers the final symbolic ‘Death Blow’ to the masses in an audio format. For six years everything has been building up to this, the time is now for Deciples to rise!” [via]

Also, you may be interested in the complete bundle of SickTanicK materials on offer as the “Illuminati” pack, which includes all his albums, signed, with lots of additional swag and several exclusives.

“For The Ultimate SickTanicK Fan, The ‘Illuminati’ Pack comes with signed copies of each CD from ‘The Doctrines Saga’, Premanitions, Chapter 1 : Doctrines Of The Damned, Chapter 2 : In Nomine SickTanicK, and a Special Edition of Chapter 3 : Awake : The Ministry Of Hate with alternate artwork EXCLUSIVE ONLY to this package deal (will not be repressed or sold after album release date). A Chapter 3 t-shirt & Bandana,”The Doctrines Ritual” & The SickTanicK ‘Occult Rap’ DVD, that includes music videos, behind the scenes and more. FREE SHIPPING!!” [via] 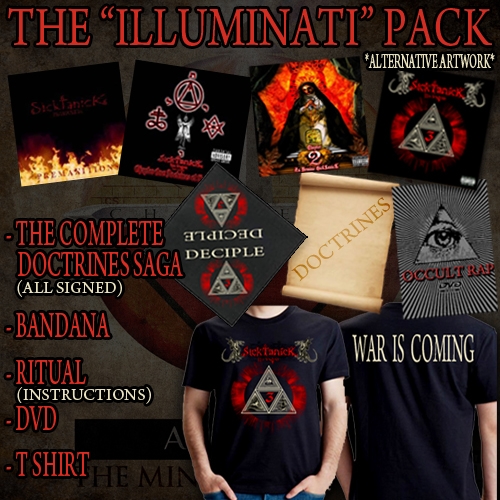