The Secrets of the Kaula Circle

The Secrets of The Kaula Circle: A Tale of Fictitious People Faithfully Recounting Strange Rites Still Practised by this Cult. Followed by a translation of a very old MS. on The Science of Health. by Elizabeth Sharpe is an “intriguing novel, which blends speculation, hearsay and sometimes breathless storytelling with passages of real insight”, published by Teitan Press and available via Weiser Antiquerian Books. 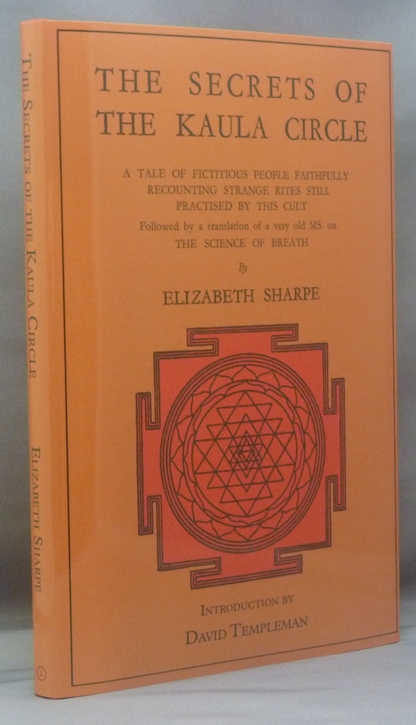 “The Secrets of the Kaula Circle, originally published in 1936, was not only one of the first books to introduce the secret Indian rituals associated with the Kaula or “Tantric” family to a Western audience, but was also almost certainly the first book of its kind to be written by a woman.

The author, Elizabeth Sharpe, chose to address the subject by means of a fictional narrative, and the result is this intriguing novel, which blends speculation, hearsay and sometimes breathless storytelling with passages of real insight; the latter drawn from Sharpe’s own acute observations, her translations from Sanskrit literature, and perhaps from her own personal experience. Sharpe had already published a number of well-received studies on Indian history and religions before the appearance of this book, but she was by no means uncritical in her enthusiasms, and it is clear that while the Kaula path fascinated her she also found it both distasteful and fraught with danger. “The Secrets of the Kaula Circle” was therefore also intended to serve as a warning, particularly to women, not to be drawn into the web of practice that she described. Her misgivings with regard to these practices were heightened by the apparent adoption of some of them by Western occultists, notably Aleister Crowley, whose person and activities she described in most unflattering terms. Although The Secrets of the Kaula Circle did not achieve a wide circulation, a copy did find its way into the hands of “the Beast,” who professed outrage at the thinly-veiled and unflattering portrait of himself, and considered suing the author.

This Teitan Press edition of The Secrets of the Kaula Circle includes the complete text of the original 1936 edition, along with a new index, and an Introduction by Dr. David Templeman, an adjunct scholar at the Monash Asia Institute at Monash University with more than 40 years of experience in the study of Tibetan and related religious traditions. 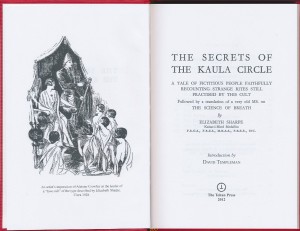 2 thoughts on “The Secrets of the Kaula Circle”