I am announcing the Winter 2013 call for submissions for Magick, Music and Ritual 6, the next anthology album of tracks by artists inspired by or who incorporate ritual and magick in their work. These anthology albums help promote artists to the audience of the Hermetic Library and beyond. These albums raise awareness about the connection between ritual, magick and music.

Winter 2013 marks the beginning of a new calendar year, the second year of quarterly album releases, for the anthology project. The deadline for submissions to the Winter 2013 anthology album is Jan 15th. Be sure to stay tuned to the blog and the pages for the Hermetic Library anthology project for reminders and updates along the way.

Deadline for submissions is January 15th, 2013. Release planned for February, 2013 around Imbolc, or Brighid. 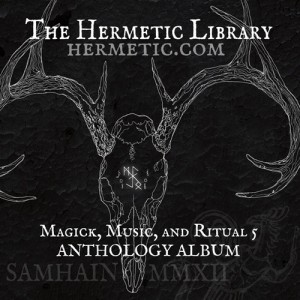 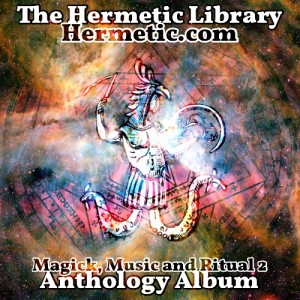 I want to be sure I also point out the 2013 anthology album artwork and design call for proposals I posted earlier, where I am looking for an artist or artists to create the various illustrations needed for the cover and other collateral such as the physical CD design for the artwork and design of the quarterly anthology albums for this next year. Further, look for a special surprise announcement related to the Hermetic Library Anthology Project on Dec 21st, but that’s a secret until Winter Solstice!