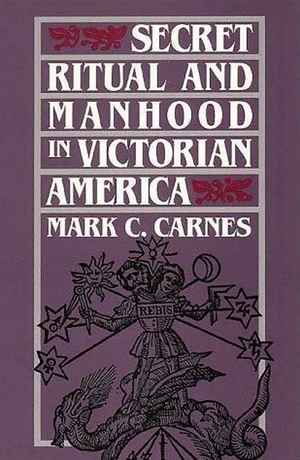 This book presents a fascinating historical study of the golden age of fraternal initiatory organizations in the late 19th Century in the U.S. During that period, more men were attending Masonic and quasi-Masonic lodges each week than were attending church services. Ritualistic lodge work was sought out by as much as 40% of the adult male population.

In Secret Ritual, Carnes leavens substantial historical data with dramatic vignettes of initiatory ritual and fraternal socializing from the period. He also provides some fascinating and suggestive theories about why lodges were so overwhelmingly successful in that period, as contrasted with their earlier marginality, or their later fading from view.

The book does include many scholarly exposures of ritual from the 1800’s, from a wide diversity of orders and societies, but the approach is sympathetic and intellectual. There is no secret-mongering, despite the title. I recommend it to anyone seeking to understand the place of Masonry and similar organizations in American society. [via]