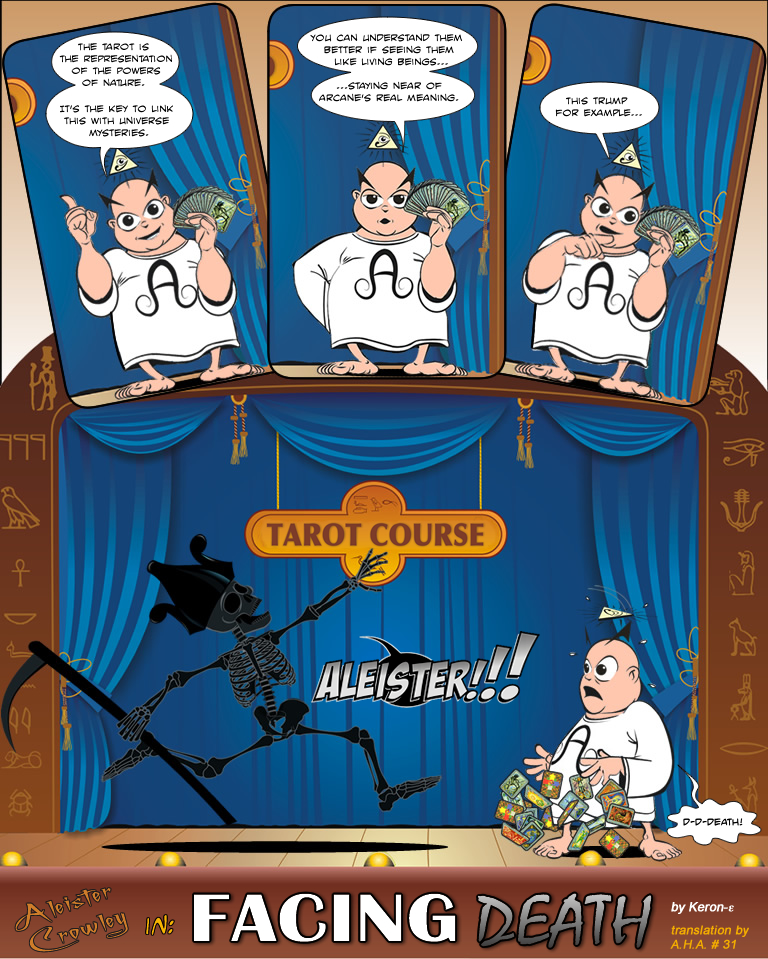 This second installment is a kind of vaudeville act with Aleister Crowley and the character Death from the Book of Thoth deck. The original is in Portuguese but there’s an English version.

“To Mini Therion means to show a little of the work of the controversial british magician, writer and mountaineer Aleister Crowley through comic book format. Having an extensive magical work jointing western esoterism with eastern mysticism Crowley was a controversial personality and target of numerous negative views because his bohemian lifestyle out of the standards of Victorian England plus social criticism. Hence he influenced the culture of the twentieth century in a significantly way.” [via]