Mayday is a series via BBC which sounds a bit like The Wicker Man. 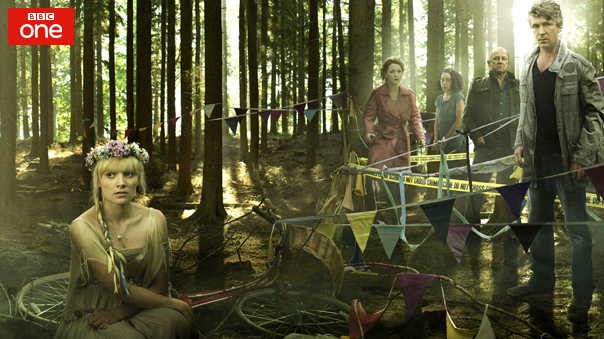 “In a medieval town where Pagan traditions are practised devotedly, 14-year-old Hattie disappears in the woods on her way to the ancient Mayday parade. Sophie Okonedo, Peter Firth and Aidan Gillen are among the cast of unsettling characters in this dark ensemble drama. This is not a police investigation story but one of a twisted small town facing the reality that the killer is one of them.” [via BBC email]

“In a small British town flanked by woods, May Day has started. The bunting is up, the floats are ready and the community gathers to celebrate ‘new life’ with a parade on the high street. But when the May Queen, 14-year-old Hattie Sutton, disappears, the news sends shock waves through the town.

Soon, four residents are faced with the horrifying realisation that they suspect someone they love of taking her. As the vigilantes gather, the question is: who was Hattie really, and why would someone want to hurt her?” [via]