Sandman 10 Volume Slipcase Set collects all the Vertigo trade paperbacks by Neil Gaiman, which series, of course, starts off with Morpheus, the Lord of Sleep, held prisoner by an ersatz Aleister Crowley character, Roderick Burgess. This collection, at the time of this post, is available on quite a discount [HT Neil Gaiman]. Also, you may be interested in the recently announced Sandman: Overture, a 6 issue prequel, due to begin in October, 2013 [via, also, also]. 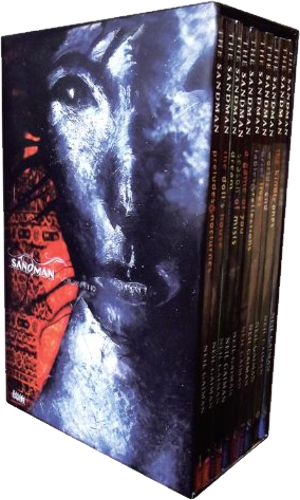 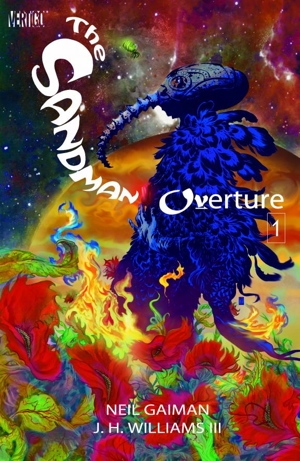 “New York Times best-selling author Neil Gaiman’s transcendent series The Sandman is often hailed as the definitive Vertigo title and one of the finest achievements in graphic storytelling. Gaiman created an unforgettable tale of the forces that exist beyond life and death by weaving ancient mythology, folklore and fairy tales with his own distinct narrative vision.”