Magick, Music and Ritual 8, the Summer 2013 album, from the Hermetic Library Anthology project is now released for immediate digital download! 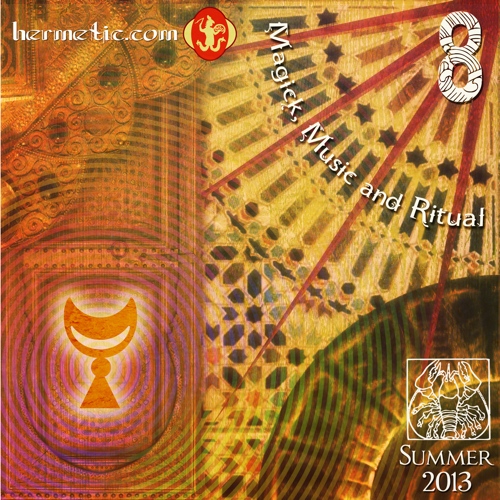 The full track list for this Summer 2013 anthology album consists of 9 tracks with an hour of music:

The eighth issue from the Hermetic Library Anthology Project is being released on Lughnasadh in Summer 2013, at 15° Leo. This is the penultimate album in the second full year of releases, planned for all four quarters in 2013. Magic, Music and Ritual 8 brings together 9 tracks, from new and returning artists, with an hour of music in this ongoing series.

The artwork and design of this issue was created by Mustafa al-Laylah. This is the third of a full series of covers which will span the entire year. The cover design of this issue is the lower left quadrant from the full set of covers this year which can be combined to make a larger image, a collectable poster that combines the elements of all four seasons. The lower left quadrant, in this case, being related to a position on the wheel of the year and the typical correspondences between this time of year, this Summer season, and various things associated such as magical weapon, element, zodiac, cherub and so on. Mustafa has done a great job in combining various correspondences into a compelling and interesting image for this cover, and we can all look forward to seeing the whole image revealed through the rest of the year.