Here’s a summary of activity for the week ending August 31st, 2013. 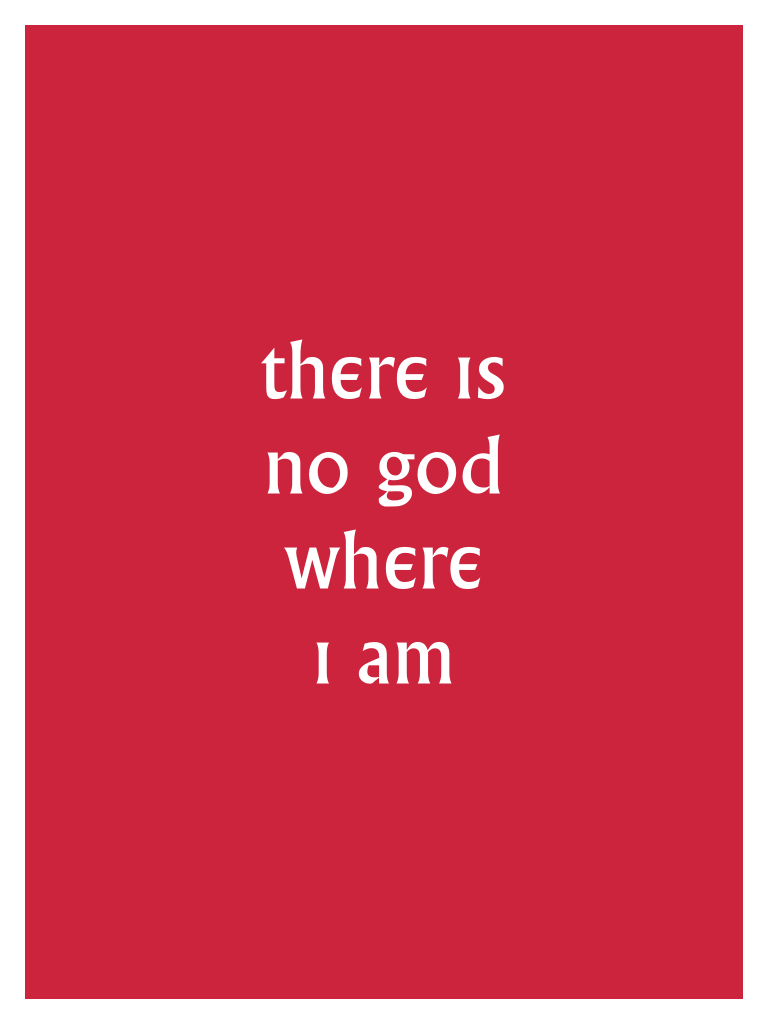 This Village NO GOD WHERE I AM Poster is another piece of helpful propaganda from the Ministry of Information, inspired by the signs that can be seen in the Village from The Prisoner and a quote from Aleister Crowley‘s Book of the Law, Liber AL vel Legis, Ch II V 23. There’s downloadable wallpapers of these posters, and links to t-shirts and posters for several designs as well.

The next call for submissions, for the Fall 2013 issue, Magick, Music and Ritual 9, will post on September 15th, deadline on October 15th, planned for release around Samhain when the Sun is at 15° Scorpio, which will be November 7th.

The Fall 2013 issue will be the ninth in the series and complete the 2nd full year for the Anthology Project at the library. I’d really love to have this one be a spectacular issue, as it seems like quite a big deal to me, and I’m excited about the milestone; aren’t you too?! If you know anyone who would be interested in submitting tracks, consider letting them know.

Also, assuming I continue the series, I’m going to be looking for an artist to work with on the covers for the next full year. The cover for Fall 2012 was by Valerie Herron and over this year the four quarterly covers for 2013 have been done by Mustafa al-Laylah, but it’s time to start thinking about the next series of covers. If you know someone who would be great for this and interested in working with me on them, please have them get in touch with their ideas for covers that would span all four issues, but either combine into a whole poster or be such that each cover is a detail of some part of a larger image.

LeMulgeton: Goetia and the Stellar Tradition by Leo Holmes is a new release available directly from Fall of Man
By Moonlight and Spirit Flight: The Praxis of the Otherworldly Journey to the Witches’ Sabbat by Michael Howard is Three Hands Press Occult Monograph No. 4
Liber AL: an examination is a recent release from Conjoined Creation
Aleister Crowley: New, Used and Rare Books and Ephemera. Including a Selection of Books from the Library of Wilfred T. Smith., Weiser Antiquarian Book Catalogue #110
Manifest Thy Glory: Proceedings of the Eighth Biennial National Ordo Templi Orientis Conference, including presentations by Hermetic Library fellows Sabazius, T Polyphilus, Colin Campbell, and Beth Kimbell
A Course in Demonic Creativity: A Writer’s Guide to the Inner Genius by Matt Cardin is available for download again, as a free ebook
VECTOR Gallery in New York

In the Center of the Fire: Aeons from Imperium Pictures is a video with James Wasserman
Omnium Gatherum: Aug 28th, 2013, an irregular hodgepodge of links gathered together …