Banned Books Week, an annual event sponsored by the American Library Association, this year is September 22–28, 2013. I’m sure you can find something at the Hermetic Library that is suitably and sufficiently celebratory, including a few subversive, transgressive or outsider works that have been banned or censored at one time or another in their own right in the past and that, no doubt, some would want banned or removed even now! Even if not there, certainly at your favourite bookseller’s shop you can find something worthy of your attention and in solidarity with the theme of the week that would at least raise some eyebrows. But, either way, this annual event is an especially good time to specifically celebrate the freedom to read esoteric and occult works, both online and in general. 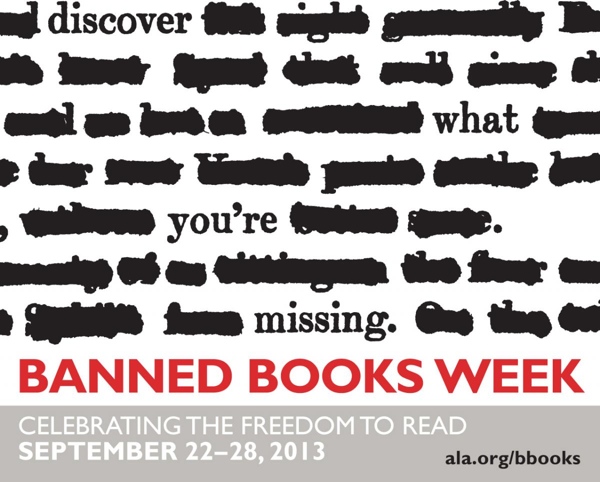 “The ALA promotes the freedom to choose or the freedom to express one’s opinions even if that opinion might be considered unorthodox or unpopular and stresses the importance of ensuring the availability of those viewpoints to all who wish to read them.

A challenge is an attempt to remove or restrict materials, based upon the objections of a person or group. A banning is the removal of those materials. Challenges do not simply involve a person expressing a point of view; rather, they are an attempt to remove material from the curriculum or library, thereby restricting the access of others. As such, they are a threat to freedom of speech and choice.” [via]