Codex Seraphinianus by Luigi Serafini is due out for October in new paperback and deluxe hardcover editions from Rizzoli, and may be of interest. 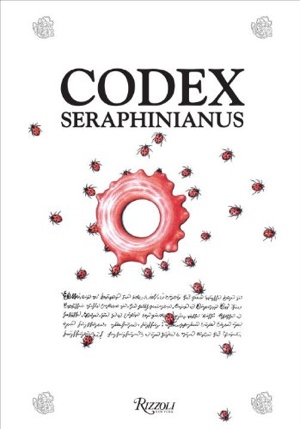 “An extraordinary and surreal art book, this edition has been redesigned by the author and includes new illustrations. Ever since the Codex Seraphinianus was first published in 1981, the book has been recognized as one of the strangest and most beautiful art books ever made. This visual encyclopedia of an unknown world written in an unknown language has fueled much debate over its meaning. Written for the information age and addressing the import of coding and decoding in genetics, literary criticism, and computer science, the Codex confused, fascinated, and enchanted a generation.

While its message may be unclear, its appeal is obvious: it is a most exquisite artifact. Blurring the distinction between art book and art object, this anniversary edition—redesigned by the author and featuring new illustrations—presents this unique work in a new, unparalleled light. With the advent of new media and forms of communication and continuous streams of information, the Codex is now more relevant and timely than ever. A special limited and numbered deluxe edition that includes a signed print is also available.” [via]