Magic Words: The Extraordinary Life of Alan Moore by Lance Parkin is due on December 1, 2013 from Aurum Press. 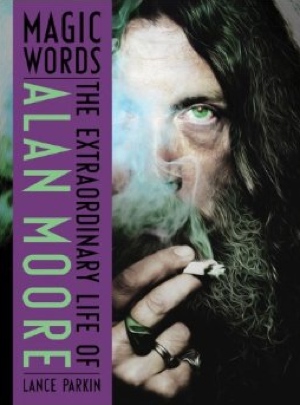 Now, as Alan Moore hits sixty, it’s time to go in search of this extraordinary gentleman, and follow the peculiar path taken by a writer quite unlike any other.”

“In Magic Words Lance Parkin has crafted a biography that is insightful, scrupulously fair-minded and often very funny, a considerable achievement given its unrelentingly grim, unreasonable and annoying subject. Belongs on the bookshelf of any halfway decent criminal profiler.” — Alan Moore