Here’s a summary of activity for the week ending December 28th, 2013. 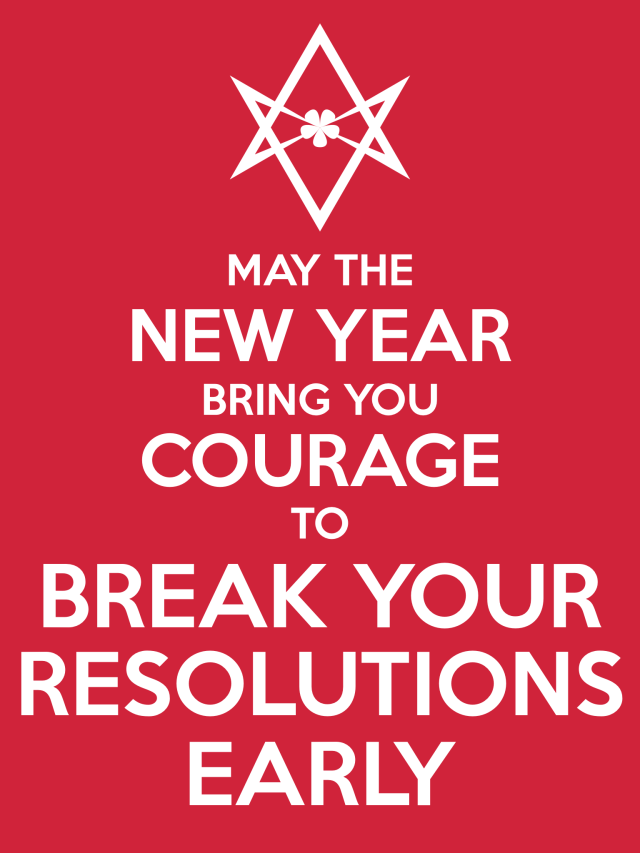 This Unicursal NEW YEAR COURAGE Poster is another piece of helpful propaganda from the Ministry of Information, a take on the original trilogy of British posters from WWII combined with a quote from Moonchild.

I posted the call for submissions to Magick, Music and Ritual 10, the Winter 2014 anthology album, with a deadline of January 15, 2014, planned for release for astronomical Imbolc, when the Sun is at 15° Aquarius.