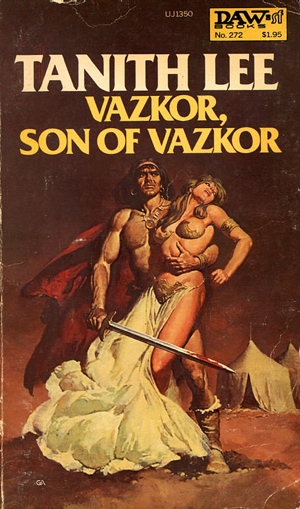 This goofily-named book is the sequel to Tanith Lee’s first adult novel The Birthgrave. It takes place one generation later, having for its narrator a man who appears in the earlier book only as an infant. The mood is consistent with the first book, both being in large measure meditations on personal destiny and self-discovery. The level of numinosity is lowered somewhat, though. The juxtaposition of savagery and decadence, with intimations of ancient powers, is all par for the sword-and-sorcery course, but Lee does good work with it.

I wonder how this story would read to someone not already informed by the first volume. This book seems to call out for a sequel in a way that the first did not. [via]