Mother, Have a Safe Trip

“Mother, Have a Safe Trip” by Carl Abrahamsson, from Edda, available in the US and Canada from J D Holmes, may be of interest. 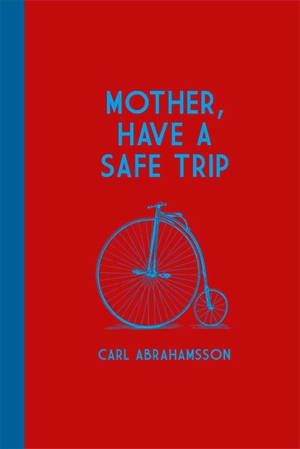 “An occult sex thriller set in an international environment. Unearthed plans and designs stemming from radical inventor Nikola Tesla could solve the world’s energy problems. These plans suddenly generate a vortex of interest from various powers. Thrown into this maelstrom of international intrigue is Victor Ritterstadt, a soul searching magician with a mysterious and troubled past. From Berlin, over Macedonia and all the way to Nepal, Ritterstadt sets out on an inner quest. Espionage, love, UFOs, magick, telepathy, conspiracies, LSD and more in this shocking story of a world about to be changed forever.

‘We haven’t really met, ever. Yet you are my mother. As far as I understand, we’re both victims of an American psychedelic rock group, America’s then in many ways most wanted renegade chemist, a brainwashing Hindu love cult or, who knows, maybe we are living gods? Can you understand why I’m slightly hesitant about going back to Nepal?'”