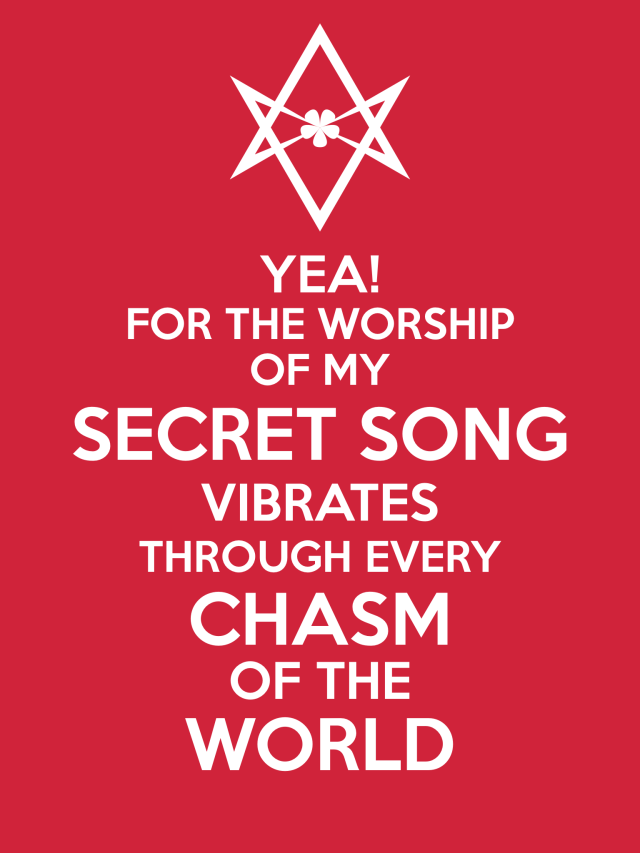 This Unicursal SECRET SONG Poster is another piece of helpful propaganda from the Ministry of Information, a take on the original trilogy of British posters from WWII combined with a quote from Aleister Crowley’s poem The Mountain Christ, from The Temple of the Holy Ghost.

Will you help make Magick, Music and Ritual 10 happen?

Mind of God by Robert Morris

Come Back Home by 2NE1
Portrait, a video by Donato Sansone, sound by Enrico Ascoli
Esoteric Book Conference 2014 will be held on September 6th and 7th, 2014 in Seattle at the University of Washington
Only Lovers Left Alive, a Jim Jarmusch film, with Tom Hiddleston, Tilda Swinton and Mia Wasikowska
Omnium Gatherum for March 12th, 2014, an irregular hodgepodge of links gathered together …
In Fits In Dreams by Yassou Benedict, directed by Gary Yost
NOTOCON X in Austin, TX on Aug 14-16th, 2015, US Grand Lodge