When the Sky Fell: In Search of Atlantis by Rand and Rose Flem-Ath, with an introduction by Colin Wilson, is part of the collection at the Reading Room. There is a revised and expanded edition version of this book published as Atlantis beneath the Ice: The Fate of the Lost Continent. 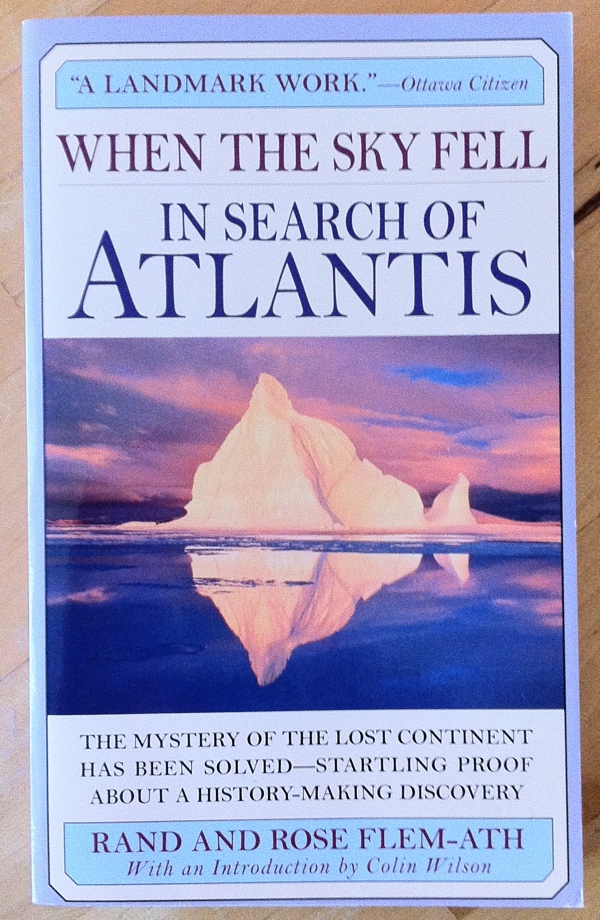 “The mystery of Atlantis, the legendary advanced civilization described in ancient texts, has been solved at last. Scientific evidence, exciting new research, and the breakthrough discovery of an amazing Egyptian map prove without a doubt that this lost continent did exist … and reveal where its ruin can be found.

But the fascinating truth about Atlantis also leads to a chilling conclusion about the environmental catastrophe that destroyed it. Now you can find out how the forces that shattered the first great civilization on Earth can happen again, bringing the end of the world to us all!” — back cover