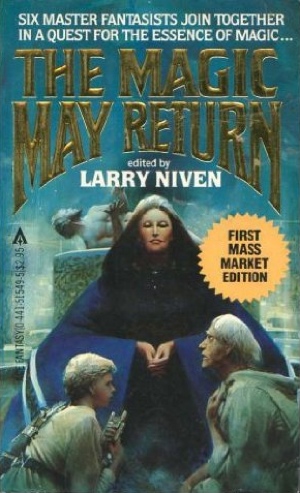 The sequel volume to Niven’s fantasy The Magic Goes Away is of mixed merit. On the whole, however, I liked these short stories somewhat better than the novel that provided their milieu. The best of them was the one that was furthest from the novel’s original plot and characters: Steven Barnes’ “…but fear itself,” which introduced the idea of a secret survival of magic into modern times, with ancient Africa as its headspring. [via]