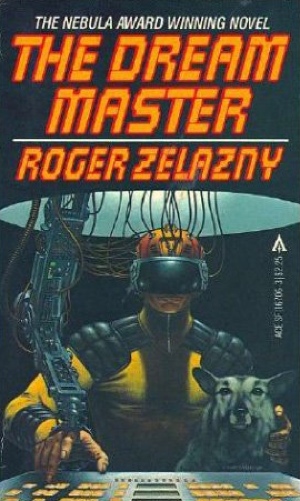 It’s not really a tragedy if the protagonist’s hubris is so great that you want to see him fall. Still, this early Zelazny novel is full of rich, evocative passages. And his kabbalah is not entirely defective, either, when he brings out the qliphoth of Kether to preside over the psychotic break at the story’s climax.

The chief science fiction concept of The Dream Master is “neuroparticipant therapy,” in which a doctor “shapes” the dreams of patients by entering into them with mechanical assistance, and providing subliminal cues through a “ro-womb” in which the patient sleeps. The protagonist Charles Render is a luminary in this still-nascent field. Zelazny illustrates Render’s high intelligence and education with a gratingly clever speech pattern, peppered with literary allusions.

It was strange for me to have read this book so soon after the more recent Rant by Chuck Pahluniuk, since both involve meditations on the culture- and consciousness-transforming properties of the automobile, while neither book quite boasts that as its central theme. In The Dream Master, car traffic has become entirely autopiloted, and thus perfectly safe—to passengers. There is a connection of some sort being drawn between the car and the ro-womb. While material reality becomes safer and more reliable, psychic reality seems to be compensating with new hazards.

Several subplots end up somewhat unfulfilled, including one involving “mutie” dogs engineered for subhuman but supercanine intelligence, and another regarding Render’s son’s aspiration to a career in outer space. Still, for such a short novel, the wealth of ideas is impressive, as is the fact that many of the social and psychological conundrums chosen by the author forty years ago are ones that are still current in today’s science fiction. [via]