Images & Oracles of Austin Osman Spare by Kenneth Grant, the 2003 hardcover from Fulgur Limited, is part of the collection at the Reading Room. The only place that appears to have this still new in stock is JD Holmes, so the rare 1976 Weiser Books edition seems to have been joined in rareness by the 500 copies of the 2003 Fulgur reprint. 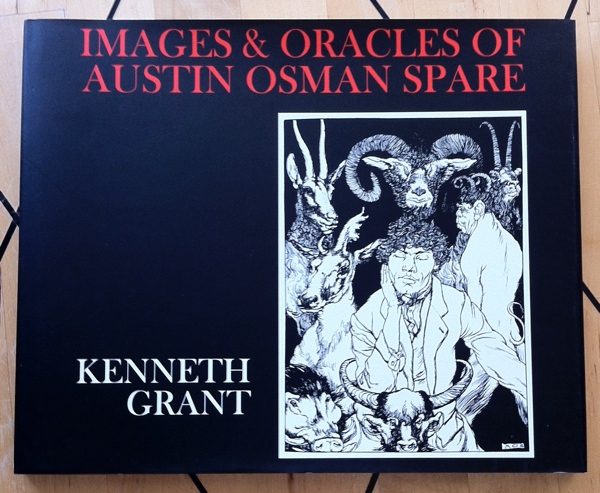 “Images and Oracles of Austin Osman Spare concerns one of the most unusual artists of the twentieth century. Frequently compared with luminaries such as Aubrey Beardsley, Albrecht Dürer and William Blake, the eccentric genius Austin Osman Spare (1886–1956) was fêted as an Edwardian draughtsman of exceptional power and ability—but he quickly gained another reputation—that of a practising sorcerer.

His early relationship with an aged member of the Witch Cult influenced his entire life, leading him into the more obscure byways of the occult world. Such was his knowledge and ability that Aleister Crowley claimed him as a disciple, but Spare was not born to follow. He turned his back on worldly ambition—the ‘inferno of the normal’ as he called it—and devoted his remarkable gifts to trafficking with the denizens of other dimensions.

Spare’s highly individualistic system of sorcery is applicable to daily life. His magical deployment of art and sex in the service of self-realization may surprise or mystify, but for those who test his methods they will prove certain means of self-knowledge and consciousness expansion—doors opening on worlds of strange beauty.

Written by Kenneth Grant, Spare’s literary executor, Images and Oracles is here reprinted after nearly thirty years in response to an increasing interest in the artist and his philosophy. It contains a biographical essay that includes many personal recollections, a practical introduction to Spare’s unusual system of sorcery—and many excerpts from his final magical treatise: The Zoetic Grimoire of Zos.” — flap copy