The Wild and the Free: Shane, Rousseau, Hippies by Donal McGraith, Scarlet Letter #3, has arrived at the Reading Room courtesy, I presume, of the publisher, Charivari Press. And, in truth, this arrived late last year, and I am only just now posting; so, do help me make amends by checking out both book and publisher! 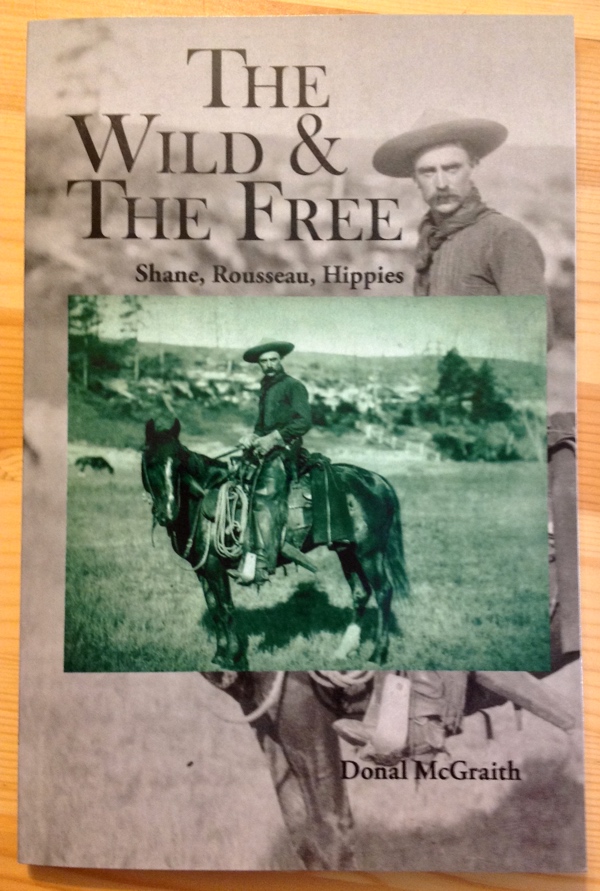 “The Wild & The Free begins as a series of meditations about wilderness and freedom; about the American frontier in fact and fiction, and its promise of freedom for refugees. But then it draws back to consider Rousseau, Zerzan and the largely negative effects on humanity and personal freedom which stem from the advent of agriculture. Along the way, Donal McGraith considers such topics as ‘buyer’s regret,’ which is evidenced by our consumerism and attempts to convince ourselves that we have not lost something of value. And he takes a detailed look at the film Shane whose chief protagonist exemplifies the impossibility of personal integrity when faced by the demands of loyalty brought about by civilization. With his insistence on individual responsibility, Shane chooses to become an outsider, to stand apart from the family, law and gangs that compete for his allegiance.” — back cover