Le Pater: Alphonse Mucha’s Symbolist Masterpiece by Thomas Negovan, has arrived at the Reading Room, courtesy of Century Guild, a set of book with mini-poster and postcard. 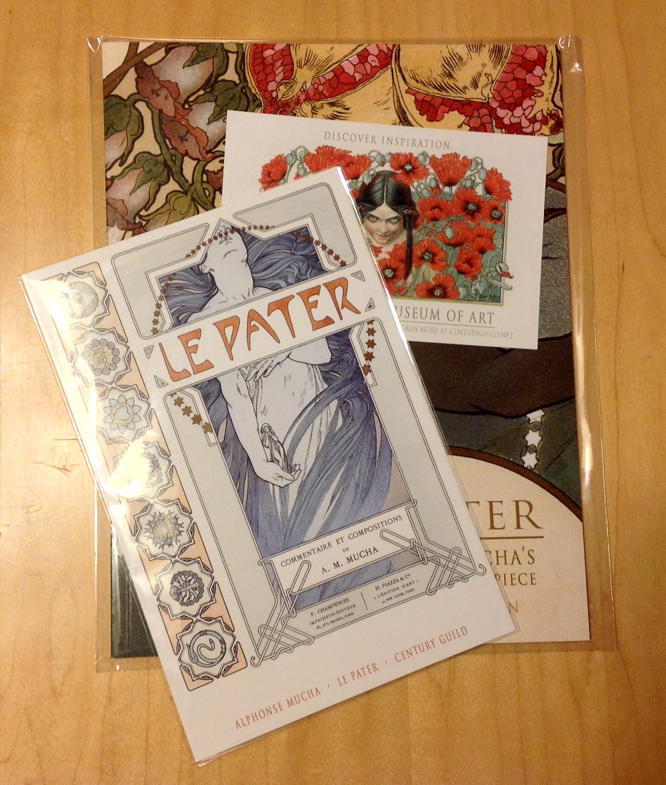 The hardcover version, in a variety of options, as well as lithographs, are available.

This version is also greatly expanded in its academic research with the addition of important and rare historical photos and a thorough decoding of the Judeo-Christian and Masonic Symbolism hidden in the artworks.

Century Guild ran a successful crowdfunding campaign to get this back in print.

By December 20, 1899, Alphonse Mucha had experienced four years as the most recognizable proponent of Art Nouveau graphics and the most celebrated illustrator in Paris. The massive output of the artist in his first four years in the advertising and decorative world earned much for Mucha’s publisher but very little for the artist himself.

As the end of the century grew near, Alphonse Mucha insisted upon the release of a deeply personal work, and printed 510 copies of what he for the remainder of his life considered his works-on-paper masterpiece, Le Pater.

Decidedly non-denominational, Mucha’s exploration features a female deity protecting humankind and a number of sophisticated occult themes across a series of images of mystical illustrations.

Unlike the advertising art that had dominated Mucha’s output since his “discovery” by Sarah Bernhardt in late 1894, Mucha described this series of images to a New York reporter as “the thing I have put my soul into.” (The Sun newspaper, 5 January, 1900) 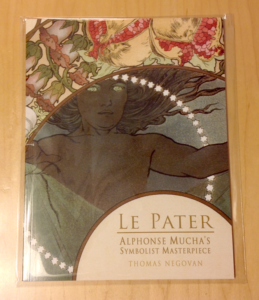 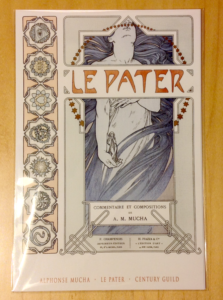 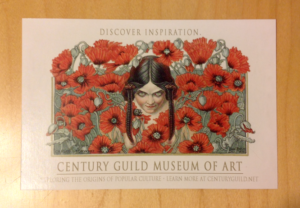