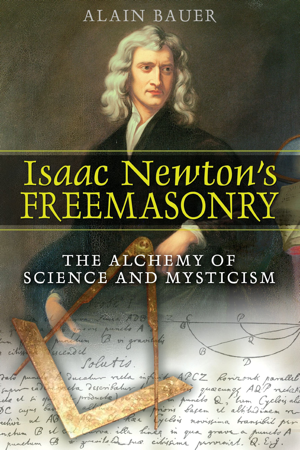 Alain Bauer quotes André Carvalle regarding Stuartist Masonry with a phrase that might be taken to describe Masonic history in general: “an immense palimpsest where all the writings are tangled together so thickly that the latest writers can no longer even see the color of the paper” (45). In this book, Bauer boasts to stand up for earnest inquiry into the actual origins of Freemasonry, extricated from a mass of myth and fable.

At the original publication of this book, which had the less sensationalistic French title Aux origines de la Franc-maçonnerie: Isaac Newton et les newtoniens, Bauer was the Grand Master of the Grand Orient of France, a national body of Freemasons. The book was published with the imprimatur of the Masonic Authority of France, and a foreword is supplied by the Grand Master of the Grand Lodge of France. The relationships among these institutions are not clarified in the book. There are nearly a dozen different Masonic obediences in France, with official recognition between them lacking in most cases. The Masonic Authority of France (IMF), however, founded in 2002 with the object of research and public education, is a joint project of several.

The body of this text is a little meandering. Bauer explains that there has been a scholarly invalidation of the traditional narratives of the development of Freemasonry out of the “operative” craft guilds of the middle ages. But what he offers to replace that narrative is largely tenuous. The focus is on the points of intersection between the nascent Grand Lodge of London and the Royal Society. Isaac Newton is a key figure as the president of the Royal Society during the establishment of the Grand Lodge, while his secretary John Desaguliers was the third Grand Master in this same period.

Without its framing guest-contributions, appendices, and apparatus, Bauer’s text has only eighty pages in this large-font English edition. There are twenty-five pages dedicated to four appendices in the form of timelines of Masonic history. Some of these raise more questions than they supply answers. An example is the item in the second part of Appendix 1 (“Summary of the History of Freemasonry: The Scientific Version”) for 1929: “Invention of the landmarks” (89). The main text does not discuss the “landmarks” of Freemasonry, a term of art that significantly predates the twentieth century, although ill-defined then, and still contested today. A quick search on my part to discover the 1929 event in question suggests perhaps the adoption by the United Grand Lodge of England of a set of eight “Basic Principles for Grand Lodge Recognition.” A little ways up the page, there is a provocative typographical error: Morin’s Rite of Perfection is said to have been introduced with 256 degrees! (It was in fact 25.)

Bauer draws on a wide variety of sources for Masonic history, some of them quite recent, and where I have read them, they seem sound for the most part, although I’m no particular fan of Robert Lomas. Bauer’s references for the English Enlightenment and history of science are solid ones. The book is a reasonable introduction to the state of conversation in Masonic historiography at the outset of the twenty-first century, spanning both Francophone and Anglophone researches. But it really doesn’t supply any compelling conclusions. [via]