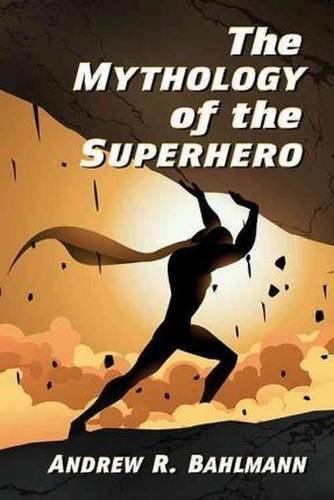 This highly theoretical treatment of the “superhero myth” confesses its key dependence on a 2006 monograph by Peter Coogan (Superhero: The Secret Origin of a Genre), as well as the tvtropes.org website. The Mythology of the Superhero is a dissertation-based product in which author Andrew Bahlmann commits rather banal scholarship. He treats discursive tropes and “mythemes” as equivalent and convertible concepts, without much detailing the original context or background of either theoretical category. Claiming to be taking only preliminary steps in the field, he sets out an delineation of the superhero myth through a system of family resemblance identified with a body of principal mythemes. At the end, he prioritizes these mythemes in a structure that allows for characters to be identified with a mythically-ideal superhero to a greater or lesser degree.

In between the inventory of mythemes and the structural model, Bahlmann applies his trope-based analysis in four case studies of increasingly marginal relevance to the superhero myth: the television series Arrow (with its comic-book precedents), Buffy the Vampire Slayer, and Alphas, and the Old English epic Beowulf. The chapter for this fourth one is misleadingly titled “The Superhero before the Superhero,” since ultimately (and unsurprisingly) Bahlmann finds that despite the presence of some of his selected tropes, Beowulf is not a good example of a superhero story, and that its usefulness in this context is to demonstrate some continuity between superheroes and older cycles of myth, rather than the ancient existence of a superhero myth per se.

With his admitted reliance on other twenty-first-century scholarship in the relatively narrow subject of superheroes and myth, it appears that Bahlmann is only advancing the discussion in the most incremental way, and I wasn’t impressed with the analytic potential of his method or the tools he claims to have produced. He seems to avoid value judgments, taking the pose of very neutral scholarship. Most importantly, the book is poorly written, with errors of grammar and diction common throughout. I found it a chore to read, and I cannot recommend it. [via]