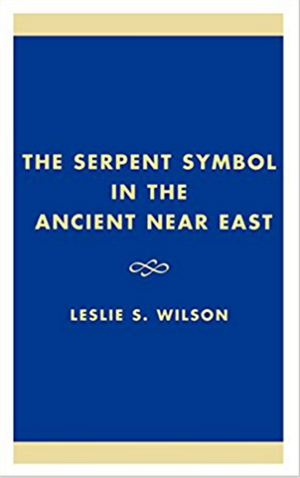 This turn-of-the-millennium study of Ancient Near Eastern religion is a significantly updated revision of a doctoral dissertation first written at Yale in the 1970s. It includes some provocative ideas, but the author seems very cautious — often merely hinting at things, and stating conclusions so vague and tenuous as to leave the reader wondering what all the buildup was for. It is not a light read: every tenth word or so is Hebrew, and every twentieth is Akkadian or Sumerian or even Punic. Biblical citations are often rendered in full with both Masoretic and Septuagint versions, to demonstrate the obscurity of their content. The philological emphasis centers on NChSh (the serpent) and AShRH (the goddess), and the mythic and symbolic priorities address the triad of Serpent, Woman, and Tree as presented in Genesis 3 and supplementary sources.

Wilson is convinced of the practical reality of human sacrifice in the religions of the Ancient Near East up until the time of the Josianic Reforms in the 7th century B.C.E. (paralleling the Greek transition from Homeric to Delphic cults), and associates it strongly with the unquestionably more ancient symbols of the Goddess and the Serpent. The book takes a rather diffusionist approach to the distribution of similar symbols and names, emphasizing syncretism as a process by which ideas from India, Egypt, and Mesopotamia became current in Canaan. There is evidence collected for the ubiquity of a Dionysian cult, where the thyrsus, caduceus, and Asherah pole are all ultimately cognate symbols and possibly a single ritual implement. Wilson’s conjectured etymology of the Latin caduceus from the Hebrew QDSh (and thus the Egyptian goddess Qudsu, identified with Asherah) is surprisingly attractive (194). I was also favorably impressed by Wilson’s reading of the NChSh II root, usually translated in Biblical contexts as “magic” or “divination,” to be more concerned with libations and sanctified imbibing.

A significant amount of attention early in the book is dedicated to the conjunction and interchange of serpent and lion symbols (30-33). This setup is not explicitly referenced late in the text where Wilson presents the striking parallel of Numbers 21:4-9 (serpents in the wilderness) and 2 Kings 17:24-28 (lions attacking exiles). Moreover, the conclusion that the serpents represented Egyptians and the lions represented Assyrians is hard to credit (198-202). Why use an obscuring code for the homicidal deeds of villainous foreign powers? It seems more likely to me (and perhaps Wilson only dared to gesture in this direction) that both theriomorphic slayers were actually pre-Deuteronomic Hebrew cultists who needed placating, with the divergent (but kindred) symbolism reflecting the historical circumstances. Yet another strange conjunction of the feline and the ophidian, almost remarked explicitly in this book, is evident in the Greek custom of keeping a serpent as a “spiritual” nonhuman household member — as well as for pest control (179)!

In exploring the serpent as symbolic of life, destiny, and protection, Wilson draws together information on the Indian nalla pambu, the Egyptian Shai, and the Greek Agathos Daimon. The resulting picture offers much toward the historical delineation of the augoeides: the Hermetic Perfect Nature or “personal genius” of occult tradition. Students of esoteric religion who are undaunted by detailed study of ancient texts can gain a lot from this book. [via]