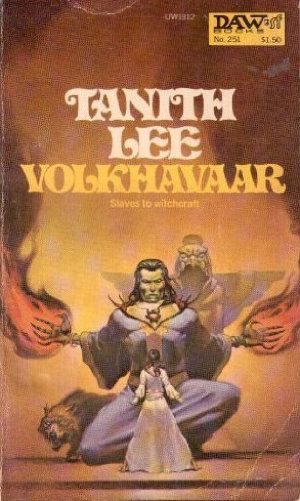 Volkhavaar is a splendid little fantasy: a dense, rhythmic tale that barely manages to keep itself in the field of prose, rather than poetry. Pace the jacket copy, I didn’t feel like I was reading a story of “a world far removed from those we know.” It keeps to a highly “traditional,” almost folkloric style throughout, and its plot often runs counter to the sort of expectations programmed by Disney fairy tales. The supernatural elements are drawn in a powerful and believable way. The book is so tightly composed that I wouldn’t be surprised if its twenty-two short chapters were deliberately keyed to the Tarot trumps. [via]