Hermetic Library Fellow T Polyphilus reviews Illness as Metaphor (now published with a sequel, AIDS and Its Metaphors, in the same volume) by Susan Sontag. 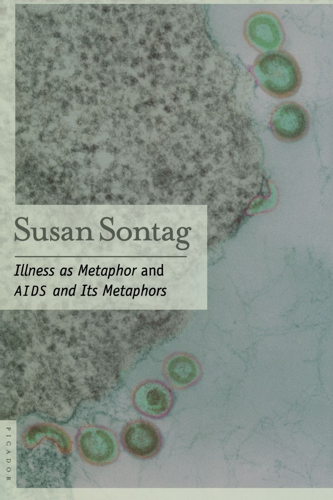 Illness as Metaphor is an intriguing book-length essay. It is focused on two “modern” illnesses: tuberculosis and cancer. Sontag points to these as the reigning mystery maladies or defining diseases of the capitalist epoch: tuberculosis until its cure was isolated, and cancer ever since. She does give some passing attention to syphilis, and it is cause for reflection to wonder how the scenarios she describes may have been subsequently altered by the social impact of AIDS. (She in fact did so herself in a 1989 follow-up AIDS and Its Metaphors, which I haven’t read.)

She spends a great deal of attention on the psychological characters imputed to the victims of these diseases, demonstrating how the illnesses have been characterized as pathologies of will. I was surprised at how much she credits Wilhelm Reich for the popularity of the psychological theory of cancer–a theory which was certainly important to him, but (I thought) only after his intellectual influence had been significantly marginalized.

Her general contention is that the use of disease metaphors, especially in government, is unhelpful or dangerous, both to the subject being described, and to the actual sufferers of the genuine illness, who are then stigmatized and discouraged from confronting the empirical facts of their condition. In the closing pages of the essay, she admits her own culpability in having written, “the white race is the cancer of human history,” so that viewed from its final chapter, the whole book seems like an attempt at expiation for this particular rhetorical wrong.

She recognizes that the rhetorical role of illness is a shifting phenomenon, and at one point describes how “mental illness” has taken over some of the earlier social functions of tuberculosis-as-metaphor. At several points reading Illness as Metaphor, I wondered if the pendulum hasn’t crossed over to the other side. Instead of treating physical ailments as spiritual or psychic conditions, has the psychiatric regime perhaps led us to a tendency to treat crises of meaning and purpose as mere “chemical imbalances” that should be treated with psychoactive drugs? Of course, these complementary confusions are by no means mutually exclusive. [via]