Capacity which, in her nature, had reached the extreme of active life, seemed in him to have entered the contemplative, so much had his art become a thing of his soul. Where, in their own separate private affairs, he interfered so little as almost to seem inefficient, she was so efficient as almost to seem interfering. 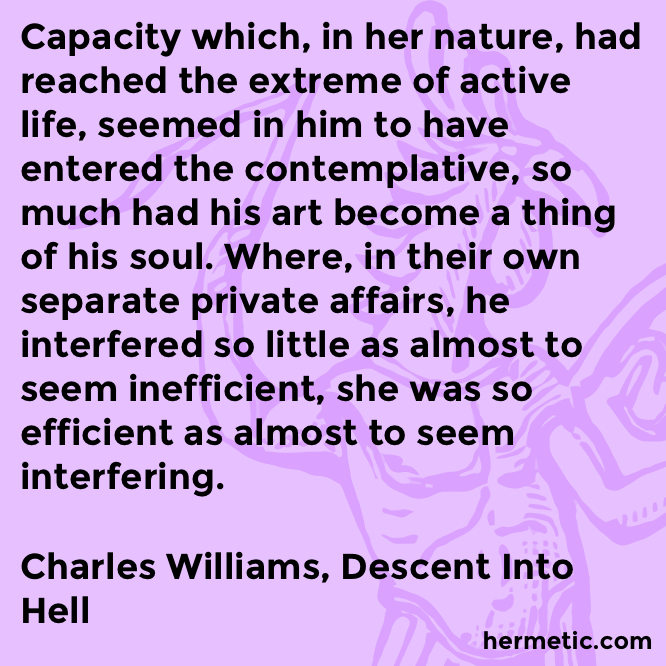