Lao Tzu: Tao Te Ching: A Book about the Way and the Power of the Way is a rendition by Ursula K Le Guin from many sources of the classic wisdom text about the Tao.

Le Guin’s rendition makes some aspects of the poems much more approachable. For example, she avoids use of the term “empire” or masculine-exclusive language in her version, which she intends to be for a wider audience. She provides extensive end notes about the rendition and a list of her sources ranked in order of utility, and many poems have personal commentary about her thoughts on specific poems in the collection. It’s a personal project. It’s also a fine model of how one might organize one’s own similar project, if one were into that, for this or another source material.

However, there’s still places for me where I’m totally into it one part, for just one example, the anti-capitalist sentiments, and completely repulsed the next, especially in places where I become uncomfortable or disagree with the ideas of what Lao Tzu thinks is good government, involving, for example, keeping the population in the dark about their true conditions and about the tools used by those in power to manipulate them.

On the whole, it just isn’t for me, in spite of a few bright spots. Le Guin’s rendition of Tao Te Ching is okay and interesting, but it’s not astounding or amazing to me. The intentionality in making the text more approachable is laudable. I think a lot of my issue is with my perception of a weakness of the source material, which just isn’t my path or sense of things, though there are a few place where there are hints worth the time to cross the ages and approach the work of Lao Tze as it is, for what it is. It has value, but it doesn’t speak to me in a voice with authority or accuracy per se, so have a hard time recommending it for others. But, if you’re going to approach this material, this seems like is a fine-enough way to do it. 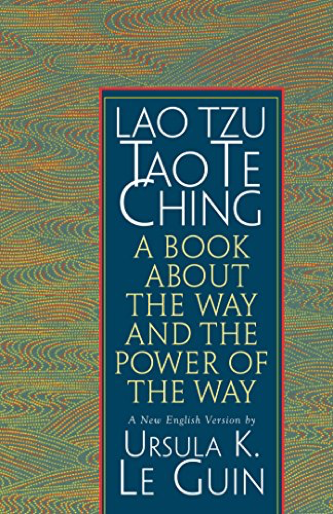 Originally posted over on my personal blog at Tao Te Ching