This is the first time I’ve read anything by Charles Stross, and I’m slightly in shock by how awesome the first story in the book was. The book contains two separate stories, and the first, “The Atrocity Archives”, for which the volume is named, is just smashed full of a perfect storm of geeky and nerdy nostalgia for my late 90s self, deeply mixing references to technology, Illuminatus!-style paranoia, magic, and eldritch otherworldly Cosmicism horror. The second story, “The Concrete Jungle”, was good, but not quite as awesome.

Wow. What a start! I’m still blown away by how I hadn’t read this before given how perfectly related the first story feels to so many of my interests, both when it was first published and even still. Then again, maybe the 2006 publication date was a little late to catch me in my 90s Internet-professional phase and too early to elicit the hyper-nostalgia I felt while reading it now. Well, I may have missed it then, but I’ve read it now, by damn. 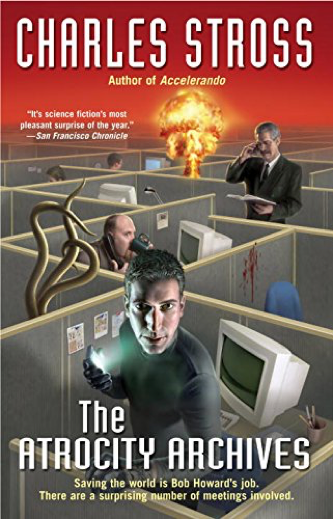 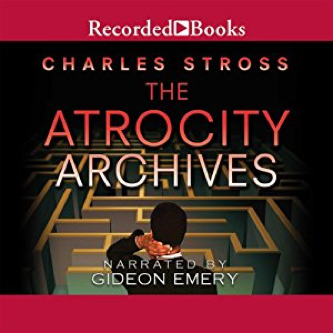 Originally posted on my personal blog at The Atrocity Archives