Here’s a summary of activity for the week ending October 1st, 2017.

I’ve been in contact with someone about the cover for the library anthology, but that’s not settled yet. If you want to talk about being featured as the cover artist this year, let me know.

Also, it’s Inktober! So, I’ve started posting panels for season 2 of Aethyrs. Those should post every day this month, if I keep up and get them done. Last season was a meditation on the theme “As brothers fight ye!” and this season is “Do that, and no other shall say nay.” Or something like that. We will see!

Anyone want to do guest panels for this season?

Another milestone which happened at the turn into October is that we’ve come full circle to the point in the year when I started to post notable calendar dates, such as rituals and feasts. It’s wild that it’s been a whole year already! I’m thinking of posting a summary of all those this week, but I’m ready with all those previously posted as well as some new additions for this coming cycle.

I started with T Polyphilus’ Liturgical Calendar, but I’ve been adding more and others as I’ve gone. So, take a gander at what I’ve posted, and let me know if you have any additions to what I’ve posted over the last year.

Last week was Banned Books Week again. It’s always a good time to remember that there’s lots of fun and interesting material and authors at the library that some people find subversive, offensive, or outsider. It’s material some people don’t want you to read from authors some people hate that some people wish wasn’t online. 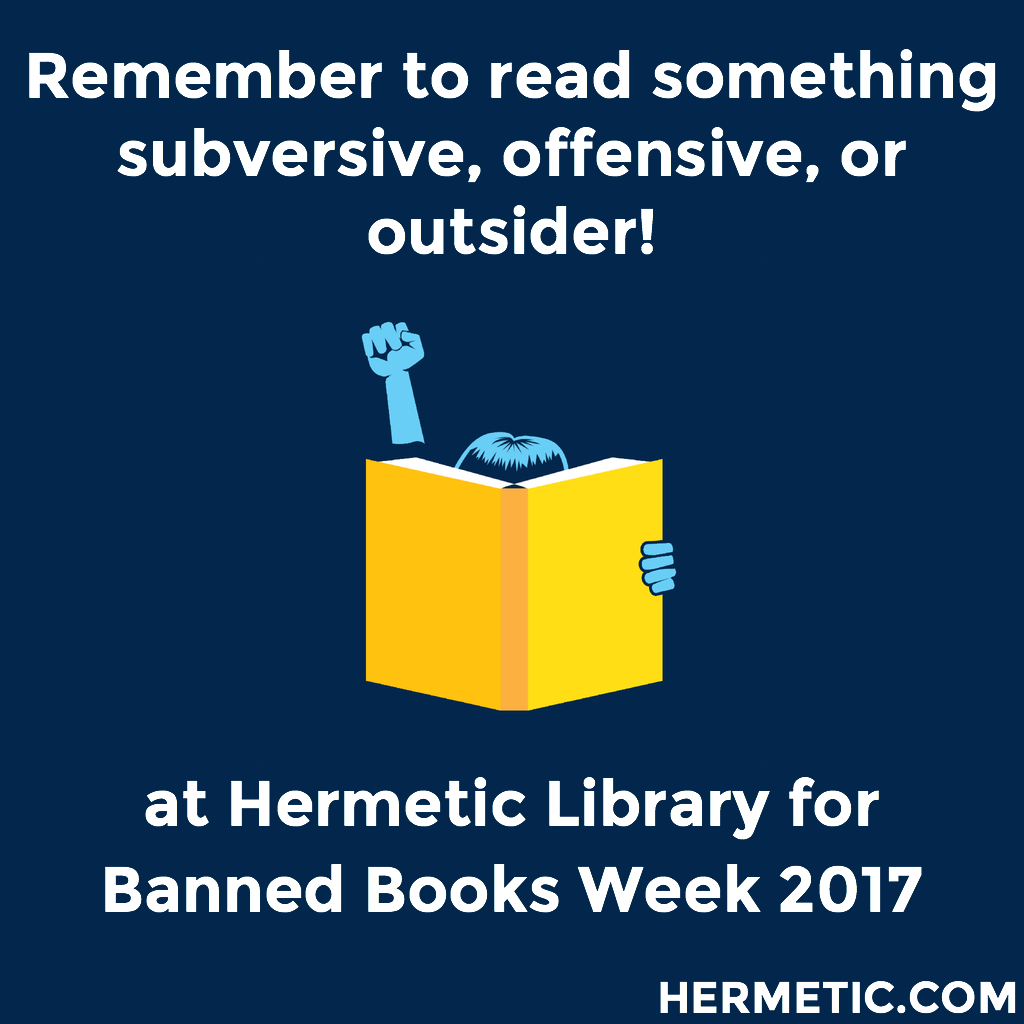 Banned Books Week always reminds me that there are people who wish Hermetic Library didn’t exist, and how I’m glad that I was the one that took on the role as librarian to keep it going and growing, instead of the alternatives. It’s not always easy to keep going, to be honest, but it’s an honor and privilege to be of service as librarian. But, weeks like this last one focused on censorship make me recall times when the work of the library has come under direct threat, times I’ve been asked to remove someone’s name from something because they are being harassed, or when the things I’ve linked to disappear, and so on. I’m also reminded of all the times that I’ve self-censored what I’m doing at the library. I don’t really talk about it a lot, but, both on a personal and on a subject matter level, the struggle to keep the library going is real. So, I guess what I’m saying is that being the librarian has been a privilege, but it has also been solemn with adversity.

I stand in solidarity with all authors, scholars and practitioners, at the library or in the community beyond, who were and are and are to come, that face harassment, discrimination, and censorship—or worse. Let’s celebrate all that we’ve accomplished! Let’s all keep going and fighting the good fight to accomplish our ongoing work! Let’s lend what support we can to those across the whole community doing their work in the world in spite of opposition to what they do, how they do it, and who they are while they do it!