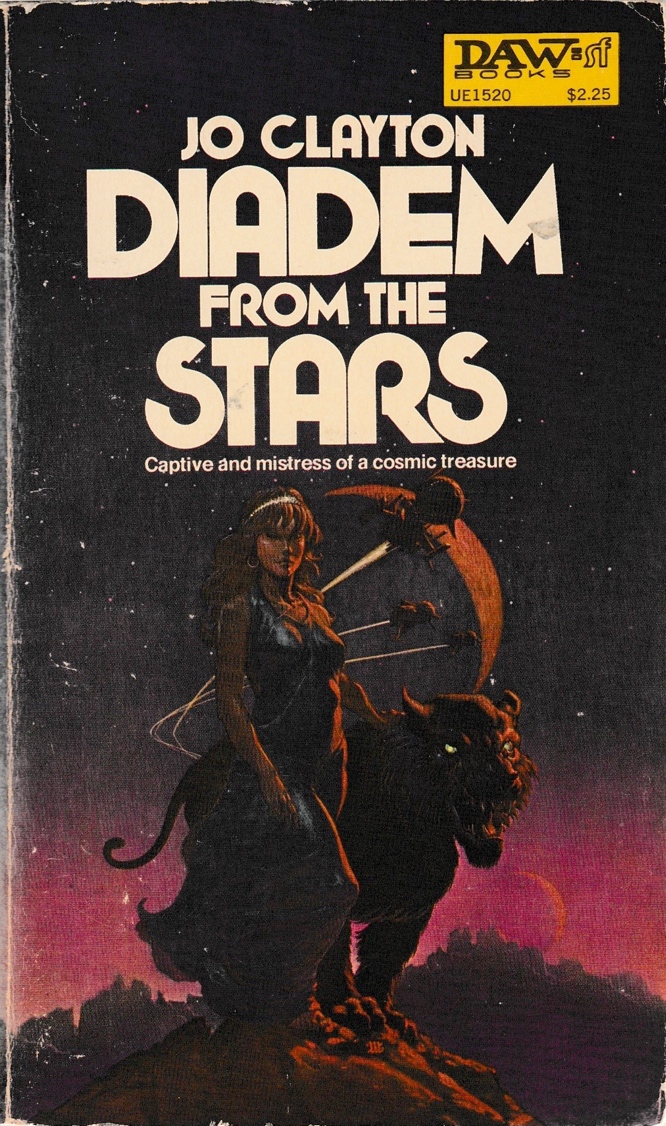 This novel was clearly written as the first in a multi-volume saga, barely getting started within the scope of its overtly projected story of interstellar quest and redemption. (There were eventually nine books in the Diadem series, with nearly as many more in related series with a shared narrative continuity.) In this book, a space opera backstory frames a sword-and-planet yarn of self-discovery and growing personal power.

The book’s use of local languages belonging to the peoples on the world Jaydugar (planet of a binary star system) is extensive, to the point of frequently courting readerly confusion, and there is no glossary. The untranslated words are all fairly believable, though. The language of the Raqsidan people in the first part of the book seems to have Semitic inflections, while the language of the later medwey nomads has an Amerindian flavor. I wonder if this use of opaque language was intended to foster identification with the confused and persecuted empath protagonist Aleytys. She, however, has no problem with languages at all.

The book is full of sexual motives and tactics, many of them abusive. Aleytys manages to keep a fairly reasonable (if a little surprisingly frank) carnal appetite, despite her experiences of abandonment, exile, enslavement, and invasive alien super-technology.

The Michael Whelan cover art on my DAW paperback copy is a pretty faithful representation of a scene from roughly the midpoint of the book, although the spaceship in the background is a creative liberty. [via]