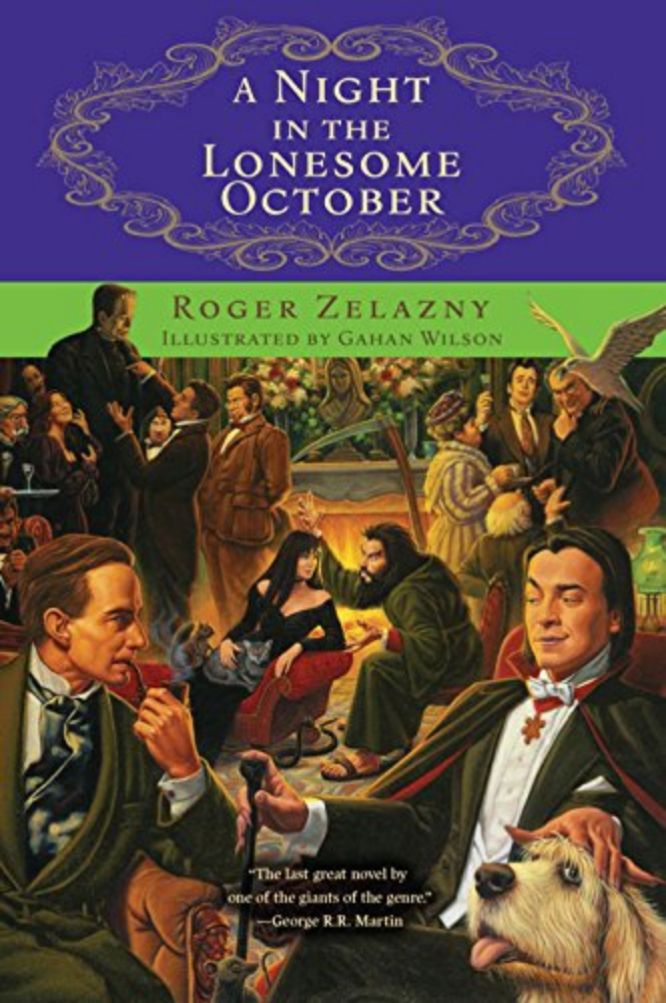 A Night in the Lonesome October is divided into 31 chapters, one for each day in the month, and some people read it that way, one chapter per day. I got it by inter-library loan and read the whole thing in three days, though. It’s a very fast read: the chapters are short and there are many interior illustrations by Gahan Wilson, which perfectly fit the tone of the story.

It recounts an instance of “The Game,” in which an assortment of adepts converge on a shared location for a Samhain ceremony to determine whether or not Yog-Sothoth and his cousins will return to dominate the world. It is told by Snuff, a dog who is the companion of one of the sorcerers. Each of the players in the game has a familiar, and they are all of different species: dog, cat, squirrel, bat, snake, owl, etc. Most of the book involves socializing and strategy among these creatures. In addition to the players and their familiars, there are some other complicating characters, and all of them have their origins in literature outside of this book, creating puzzles and rewards for those well-read in horror fiction.

There are at least a couple of reasonably surprising plot twists, and the whole book is good fun. I don’t think I’ll make an October tradition out of reading it as some have, but I’m glad to have taken it on this year. [via]