When I saw the movie, I didn’t know there was a book. I think the movie just kind of showed up one day and moved into my Netflix queue. All very normal. Who knew? Then, I watched it. I was so amazed by the originality and atmosphere and everything of the movie that when someone mentioned, “The book is better,” I knew I had to read that too. However, it sat on my stack unread. In fact, I almost gave it away as a present since it seemed a shame to waste a brand new book like that if I wasn’t going to read it. 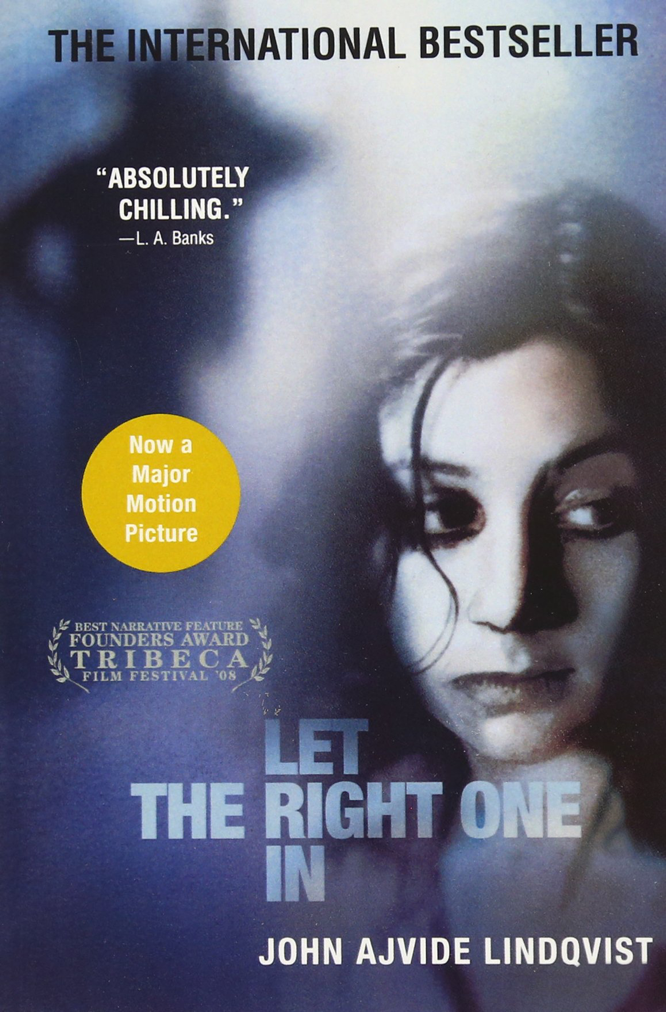 Then, I’m not sure why, but I picked it up. And, devoured it. But, the whole time I kept thinking to myself, “I wish I’d read the book first.” The pacing seemed really slow to me as I was reading it. I felt that had to be because I’d seen the movie and so I wasn’t discovering the story for the first time. It had to be something, because it was a wonderful story to read.

Well, maybe the word “wonderful” isn’t right, is it? It’s a bleak affair, after all. The pacing is part of the atmosphere. Everyone is struggling to find love in spite of their dysfunctions in a world which indifferently exists around them. I’d say hostile, but that’s not really it. Everyone is doing what they can to survive as wounded individuals, and sometimes that means hurting other people. But, it’s not really out of malice, even the bullies are really not so much vicious as much as indifferently cruel because they are living. And, there’s really no good people, per se, as much as everyone being flawed in such a way that it’s all ultimately ambiguous. And, in the cold and wintery dark, isn’t that idea the real horror? To be alone is to die, but to be around others is to get hurt. To live is to decide to continue hurting and being hurt, and to refuse this is to refuse to go on living. And, that struggle is one that strangles the heart in strange ways, unless you can find the right one that balances out that struggle for a while. So, try to let the right one in.

(It’s an odd coincidence, which will only make sense to those having read the book, that I was proofreading Liber Cordis Cincti Serpente as I was reading the book. After you finish the book, go and read through this Liber to see why this stuck me as synchronicity.)

Then I finished with the story and watched the movie again. As I watched the movie, I realized how very different the two were from each other. The pacing of the movie really was strikingly fast, and after the book the movie is almost dizzying. The movie literally zooms from the start to somewhere in the middle of the book across a couple of minutes. I was really shocked at how much wasn’t there from the book that I had to reassure myself that, in fact, the author was also the writer of the screenplay. Now, that makes it very interesting to think about what got left out, by the author’s own hand; in collaboration, to be sure, but still. Re-watching the movie, I realized there were things that couldn’t have made sense the first time, things that must have seemed odd or wrong about the plot. The movie could have been so very much creepier and scarier. But, it also turned the story from one of many individuals trying for survival, trying to live in a indifferently hostile world, into more of a love story.

In fact so much was left out, that, given what was left unexplored on screen the first time, I’m holding out a bit of hope now that the Americanized remake will actually be truer to the book. Faint hope to be sure, if I’m relying on American cinema to outdo a European film for awesome moody dread and willingness to go uncomfortable places, without turning to shlock and satire.

Of course, I’m reminded of anything by Bergman, but that’s too easy. Like in Cyrano de Bergerac, no one really gets what they want in the end. Like the end of The Princess Bride, it’s really not clear how much time there’s left for those riding off into the sunset. And, as I think about this I’m strongly reminded of my experience of The Silence of the Lambs, because of the realization that instead of any of what would normally be the creepiest stuff, the violence and gore and so on, what really was creepy was the psychological, existential horror that went on in the exchange between the main characters.

While reading the book, there were two places where it seemed to me the translator’s choices stuck out in odd ways, and there was one point past the half way point in the story where I had a feeling that the style of storytelling had abruptly changed. But, all in all the writing and translation seemed to carry me along and into the narrative without making themselves obvious, dissolving into a seamless experience. Nothing here like a tour de force of language, but well suited to the story and did well to maintain my immersion and momentum through to the end.

Now I’m flummoxed over whether I’d rather have read the book first or not. I actually like the movie a lot less now than I did before I read the book. The book is a much richer tapestry and much creepier and much more compelling. I can only, in the end, recommend both, and highly, even in spite of my confusion. They’re such different creatures, the movie and the book, that they both almost live unlives of their own. Both manage to survive, to find a way through the dark; both manage to come out in the end. At least, for a while.

Originally posted over on my personal blog at Låt den rätte komma in.