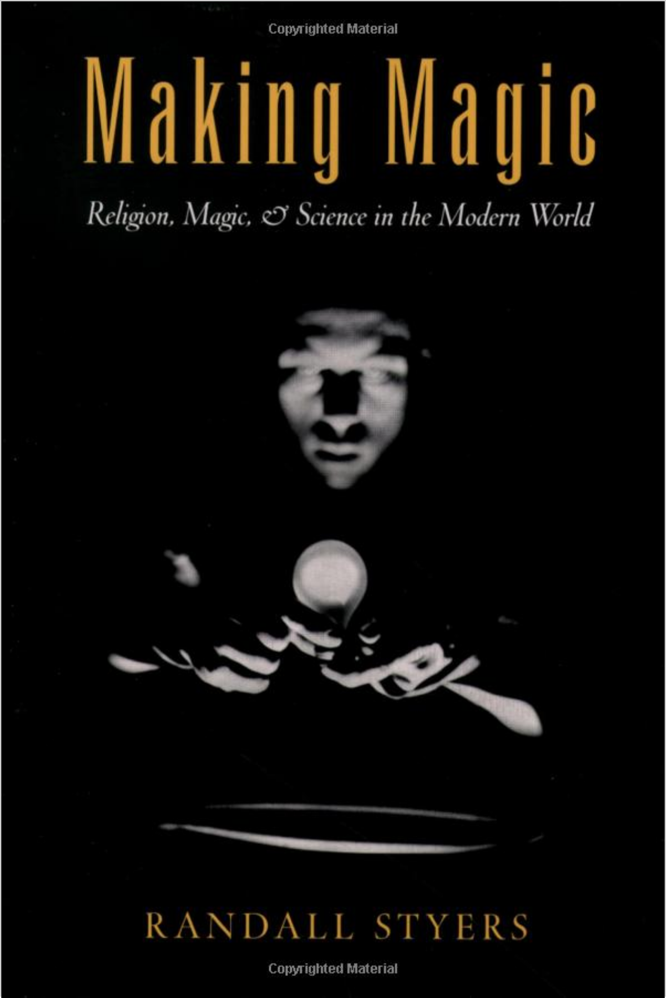 Styers writes about how the various modern social theories antagonistic to magic have served to police the boundaries of piety, reason, and desire, in the service of a bifurcation between spiritualized religion and scientific secular power. But he also notes that not all modern theorists have opposed magic, and that even its alleged repulsiveness involves a measure of self-recognition. The book is a worthwhile read for anyone interested in the ways in which academic disciplines approach the concept of magic. [via]