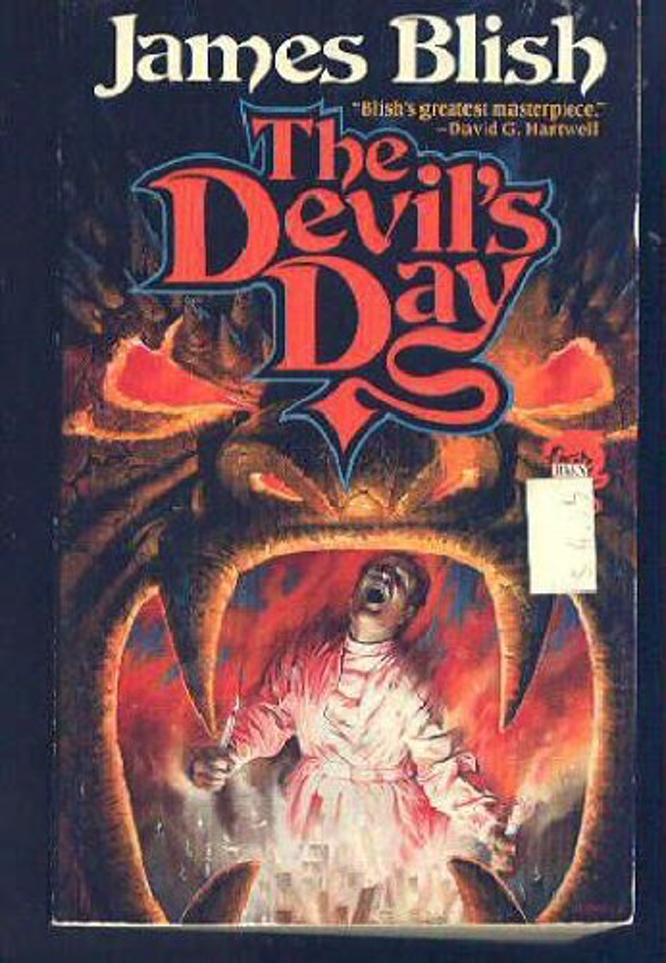 Although the two halves of this book were originally published as separate volumes, they do form one continuous novel between them, and it is good to have them under one cover. With this story, Blish inaugurated a form of naturalistic fantasy that James Morrow (with a more conspicuously satirical bent) was later to make his own: realistic modern characters are subjected to the consequences of supernatural events postulated in biblical religion, or variations thereon.

Among several central characters, the chief protagonist of The Devil’s Day is probably black magician Theron Ware. The magic in the book is well researched, and all in the genuine historical tradition, not the fictitious stuff of Harold Shea, Harry Potter, or even Gilbert Norrell. All the characters are a little too psychologically self-consistent to be convincing as people, but this ever-so-slight cartoonishness befits their semi-allegorical status, and helps to maintain the adventurous pacing of the story.

The initial scenario has arms tycoon Baines employing Ware to perform some sorcerous assassination. But the project rapidly snowballs in the synergy of the two men’s ambitions, until the entire world is in danger. Black Easter (the first half) is in many ways simply a setup for The Day after Judgment (the second). And although there were points in the middle of the latter that I thought it had gone off the rails, it turned out to have very effectively raised what seemed to be the impossibly high stakes of the former. I found the ending quite satisfying. [via]