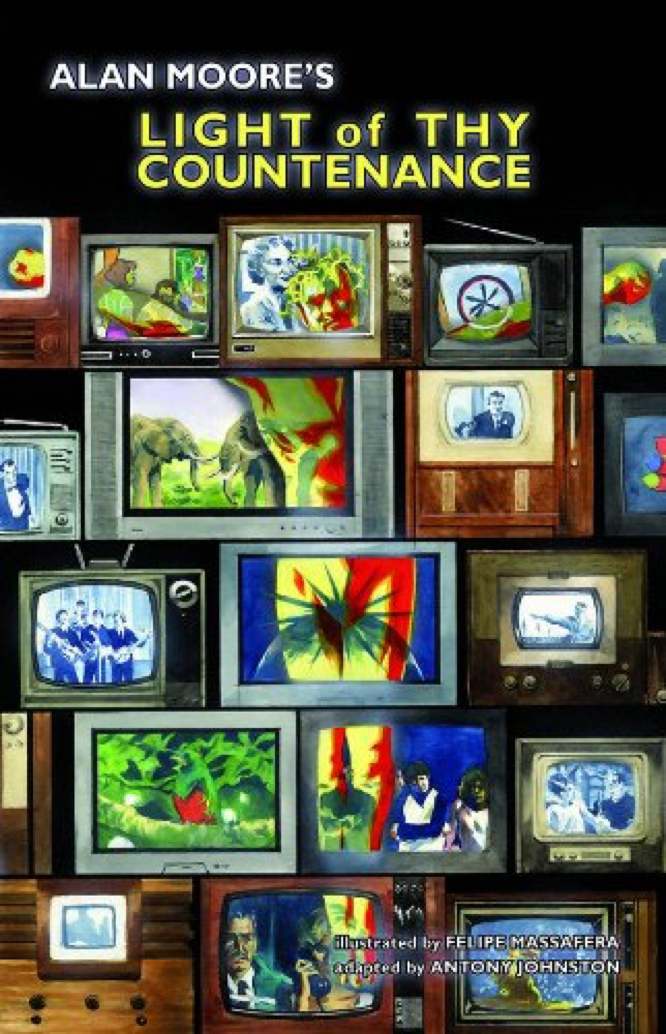 Although Alan Moore’s principal fame is as a writer of comic books, he wrote Light of Thy Countenance as a straight prose piece, and I can’t help but wonder if it wouldn’t be more effective that way. It’s not that I have any objections to the general pacing and structure of the adaptation by Antony Johnston, and the fully-painted illustrations by Felipe Massafera are all wonderful in their way. But the words of Moore’s “story” are so powerful and still so challenging to digest, I’m afraid that the other elements of this comic book repackaging might distract from the text more than amplify it.

I put “story” in scare quotes, because the narrative element is rather slight, even though much of the text is built around a chronology. The genre here is actually that of an oracle: the thoughts of a god reduced to human language. And the god is the transcendent self-consciousness of Television, regarding with sublime contempt the human psyches that it exploits and impoverishes. “I am the silence of the will,” it declares. “I am the last voice you will ever hear.”