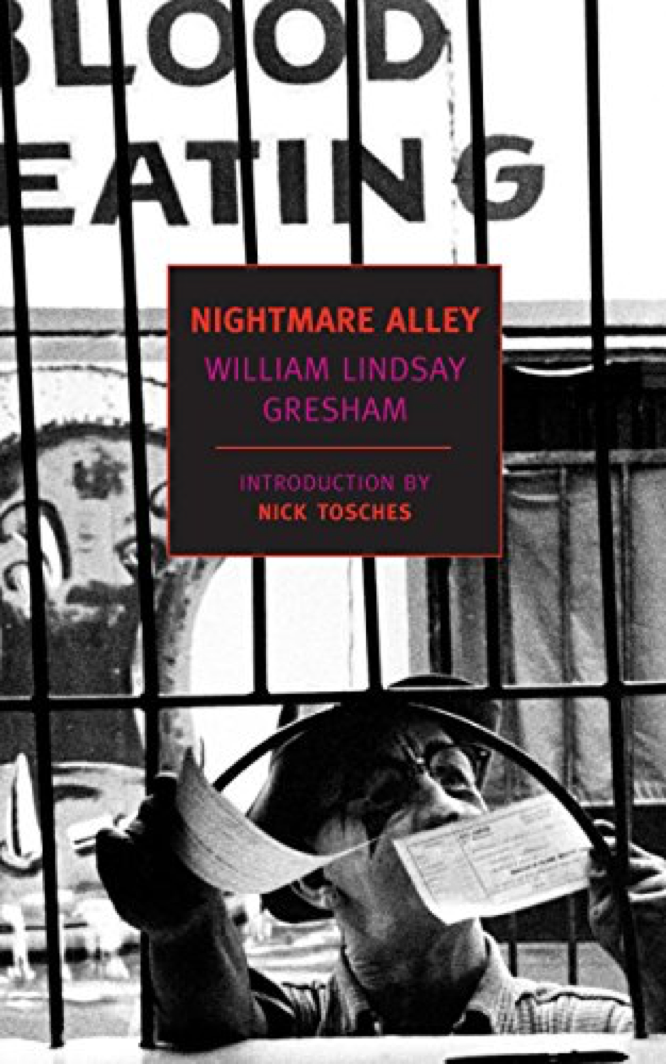 This deservedly-lauded noir novel was a pioneer in the use of tarot trumps to designate its chapter sequence. The tarot relates to the carnival fortunetelling that is an eventual talent of the central character–Stan Carlisle, a man who becomes less and less sympathetic with the turn of every page.

At the start of the book, Stan is a rookie magician in a traveling carnival. The story follows his career through a graduation to a high-class entertainment mentalist act, and then into the “spook racket” of Spiritualist religion, in which he fleeces a rich widow and establishes a church. It is as “the Reverend Carlisle” that Stan meets his match as a deceiving manipulator, the psychologist Lillith Ritter. His secret collaboration with Ritter is the acme of Stan’s career, but also the start of his descent into paranoid misery punctuated by dipsomania. The book brings him full circle to be crushed under the wheel of fortune he had ridden to its top. The final chapter is “The Hanged Man.”

The prose of this novel–Gresham’s first–is lively and full of vivid idiomatic language from mid-twentieth-century America, and it clearly reflects the author’s deep interest in and familiarity with carny culture and religious fraud. (In later years, Gresham would spend a short while as a Scientologist!) It is written in a third-person narrative voice that swings between clinically external observations and stream-of-consciousness interiority, requiring the reader in either case to infer the motives or the circumstances involved. Nightmare Alley offers a perceptive and unflinching observation of the extremes of human power and weakness. [via]