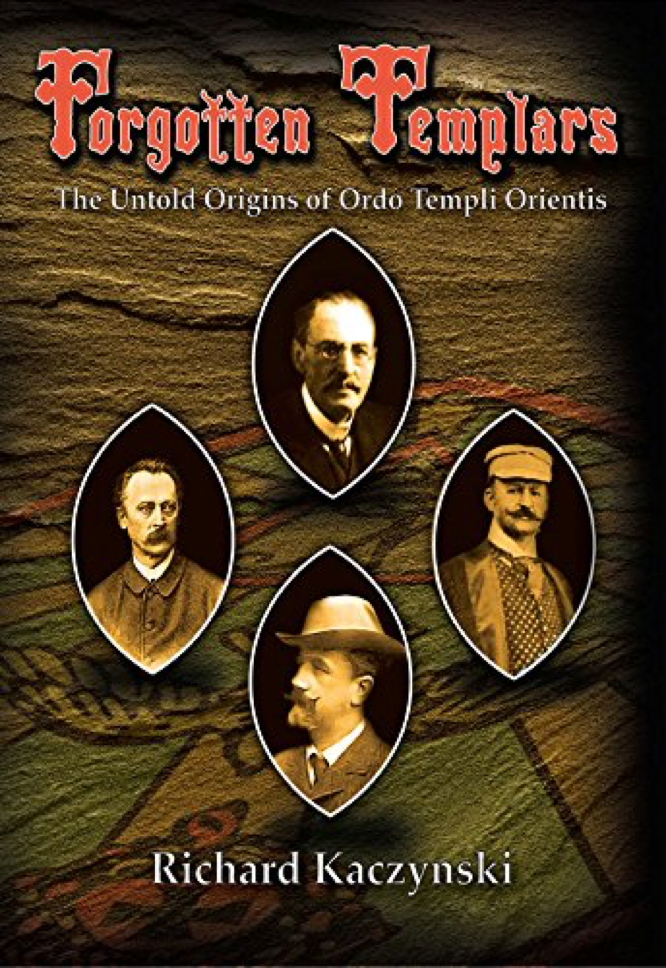 Readers of Richard Kaczynski’s Crowley biography Perdurabo will not be surprised to find that his history of the origins of O.T.O. Forgotten Templars is similarly exhaustive. This volume is not for the casual reader: it is intended for institutional libraries (every O.T.O. lodge should have one!) and discriminating collectors. As a material item, it is an impressive hardbound folio with heavy gloss paper and illustrated throughout with black-and-white photographs and document facsimiles.

The start of the book is slow going, with a large section dedicated to the biographical backgrounds of the four principal founders prior to their collaboration. In particular, the two chapters on Henry Klein, the most obscure of the four, are likely to merit skimming for readers who don’t share the author’s special enthusiasm for the history of music publishing and Victorian musical automation. Two appendices even provide a full musical bibliography of Klein’s work as a composer and a publisher. Most readers will doubtless enjoy the details supplied on the three Oriental sages who informed Order founder Carl Kellner’s inquiries: Bheema Sena Pratapa, Soliman ben Aissa, and Agamya Paramahamsa. The last of these was especially outrageous, in no way exaggerated by the unfriendly portrait painted in Crowley’s Equinox (“Half-hours with Famous Mahatmas”). I was surprised and intrigued to discover that the Moroccan Sufi Soliman was supposed to have been a hereditary sheikh of the Aissawa tariqa, the same school of initiation as that professed by Aleister Crowley’s Muslim instructor in Cairo in 1904.

Things start to warm up with the next set of chapters, concerned to address the cultural and institutional background to the formation of the Order, with discussions of German Freemasonry, Lebensreform, Theosophy, the Cerneauist Scottish Rite and other freemasonic hautes grades, and the intellectual career of John Yarker. But it’s not until the middle of the book that the account reaches the actual organization of the nascent O.T.O., and it’s only in the final pages that the organization takes on that name.

Needless to say, there was a good amount of detail that was new to me in this book. Still, the broad outlines were the ones I had been able to discern through the variety of sources I had already studied on this topic. I was especially grateful for the wealth of detail and analysis regarding the 1906-7 scandals plaguing the rites governed by Theodor Reuss and his associates. I found it strange, though, that while the appendices include the full text of the hostile 1905 article “The Manifesto of the Grand Orient of the Scottish, Memphis and Mizraim Rite” by Robert Fischer, they don’t supply a translation of the brief actual 1903 manifesto by Kellner and Reuss (published in the Oriflamme in 1904) of which the article was a criticism.

As the book progresses, it increasingly focuses on the questions that loom largest to students of the topic. Where did the founders of O.T.O. get their “supreme secret”? What was the relationship of O.T.O. to the H.B. of L.? Did the haute grades that Reuss had organized persist in any way outside of O.T.O.? Kaczynski offers a frank discussion regarding the possibilities involved with Crowley’s alleged accidental exposure of the chief O.T.O. secret in The Book of Lies. He does not touch on the peculiar and enigmatic timeline regarding the publication of the book and Reuss’ prior visit to induct Crowley into the O.T.O. Sovereign Sanctuary (see Magick Without Tears, chapter 25). My own longstanding view of this conundrum is that Reuss had access to a pre-publication copy, either directly from Crowley as an “application for the X°” or though Yarker’s agency. The study concludes with Crowley’s reform of the O.T.O. rite in Mysteria Mystica Maxima, preserving its integrity and concentrating its effects, while distancing it from its Masonic origins.

I strongly recommend this book to serious readers interested in the real history behind the establishment of one of the most provocative of modern initiatory societies. [via]