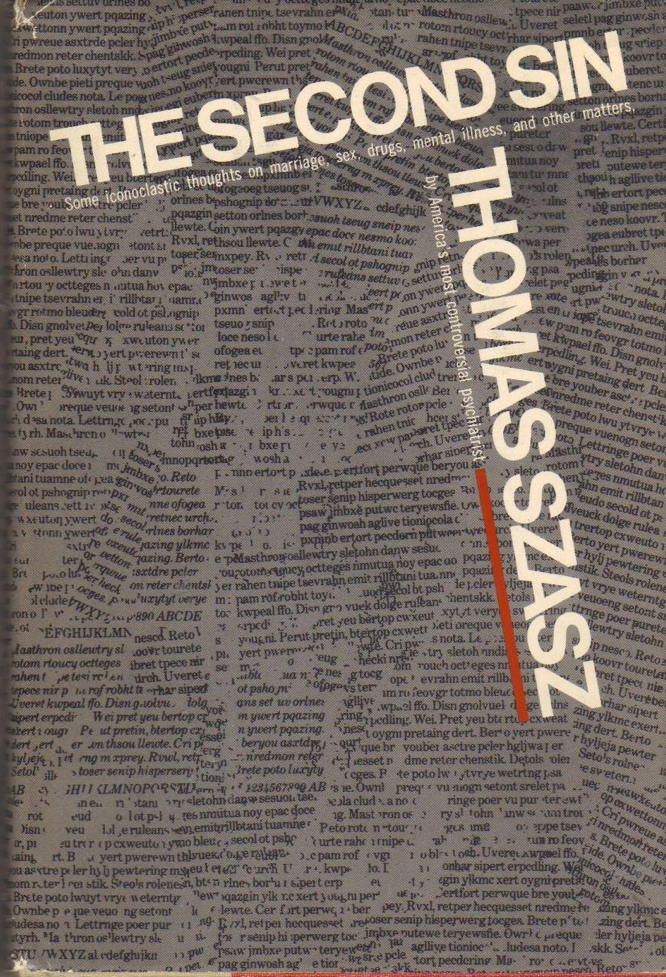 The “Sin” of Szasz’s title is that of Genesis, chapter 11: attempted clarity in human communication. The book is written in short chapters composed entirely of aphorisms which outline an iconoclastic approach to contemporary society, organized around broad subjects such as “Family,” “Education,” “Freedom,” and “Mental Illness.”

The author is a psychiatrist and professor of psychiatry who is sharply critical of the institutional setting of his profession, as well as the professionalization of his vocation. He advocates (although not until the last dozen pages of the book) for what he calls “autonomous psychotherapy,” and against the therapeutic paradigm as a whole. If that sounds a little paradoxical, it is.

Philosophically, Szasz is a modern resisting postmodernism. He aligns himself with Emerson, Mill, and Adler, against Rousseau, Marx, and Freud. (20-21) He is a fierce (small-l) libertarian, and profoundly anti-paternalistic. The chapters on “Significance” and “Control and Self-control” should be of special value to Thelemites.