I recently had a chance to talk with musician Jesse Heikkinen about his music, which I think will appeal to the audience of the library quite a bit.

Jesse is a 30-year-old musician from Tampere, Finland. He has lived most of his life in the Northern part of the country, where the winters are fierce and dark, and in the summer the sun never sets. Jesse plays the guitar in such bands as Hexvessel, The Aeon, and King Satan. He has toured and made records with so many bands that he can’t even name all of them. But, he also has a solo project, Iterum Nata, with two recently released singles from his forthcoming second issue, due in December. All of these bands are heavily influenced by the occult, although from totally different perspectives. Besides being a musician, Jesse also teaches the guitar and works with the disabled.

John Griogair Bell, Librarian: Take a moment to introduce yourself! Who are you? 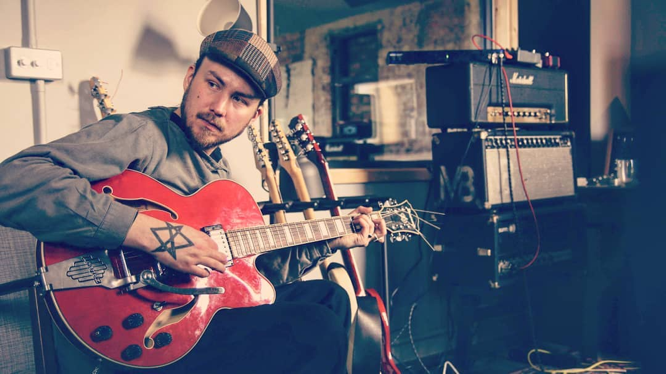 Jesse Heikkinen: The boring answer would be, I am a musician from Finland, lately focused on more or less occult-themed music. On the other hand, aren’t we all just a divine manifestation of eternal Gnosis, consisted of ancient stardust?

L: Sure. Infinite sparkly dust. That’s everything. Done. No need to keep going with the interview, as we’re all one! Or, you know, at least that’s one way to think about it, from one mote of dust to another.

J: Yes, you could’ve just checked this stuff out from the Akashic records – the Wikipedia of collective consciousness!

L: Ugh! Homework? Pshaw! Other than music and dusting, what are you up to in the world?

J: Not much, I work as a social counsellor and occasionally worship the Devil – just like all decent Finns do. That’s why we have one of the best social security systems in the world!

L: You’ve got an upcoming solo release! This is your second solo album? Tell me a little about that. 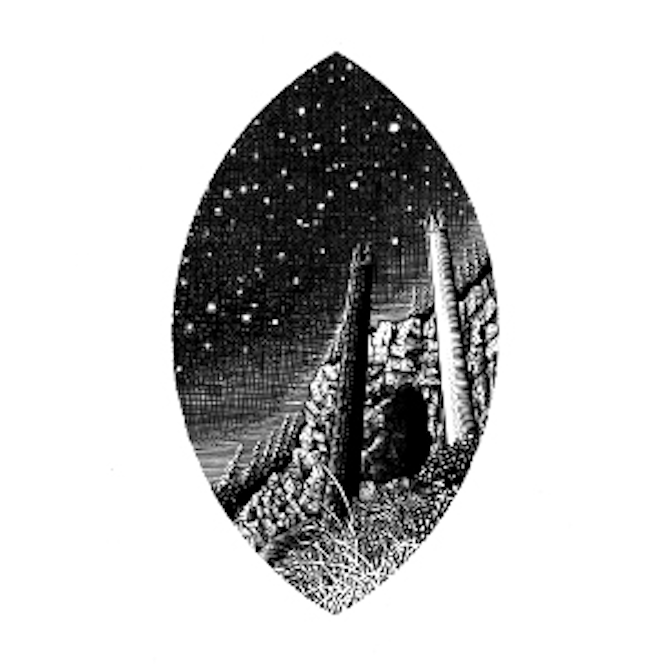 J: Yes! I’ve been in the music business for years now, but my first solo album was released just last December. Now the second album, The Course of Empire, is ready and will be released a year after the debut. I’ve been writing music since I was a kid but I never really got the time to express myself through my own songs until last year. My solo project, Iterum Nata, was born as I moved to Tampere on July 2017.

L: And, you’ve been in a number of other projects, I understand. What have those been? Are they ongoing?

J: In the last ten years I’ve been doing stuff from children’s music to jazz to black metal. Maybe my next solo project should be a mixture of these three! Nowadays, I have three main bands besides Iterum Nata; Hexvessel plays beautiful psych folk/rock, The Aeon’s musical path is dark acoustic folk, and King Satan is loud and provocative industrial metal. There are also few other projects which shouldn’t be discussed here.

L: I’m wondering if you’ve have any realizations or breakthroughs in the time since, or if the change is continued growth on the same path. What’s changed for you since your last solo release?

J: Well, yes — so much has happened! It never stops surprising me, how we seem to be unlimited in our potential of growing and learning. There really is a huge gap between the first and this album, in many levels. The first record was kind of an experiment, where I tried out different kinds of sounds and studio tricks. It wasn’t so much about playing songs, it was more about just creating soundscapes. The lyrical themes were about gazing inside and trying to find the Godhead within. It was written in an enchanted state, where I felt that I really connected with the true nature of being; “Wake up, You are Nothing and All”. That’s actually pretty nihilistic approach, but with a positive twist! To be honest, I never actually thought that my weird solo music would interest anyone. After the first album was released I got tons of great feedback. Shortly after that I joined King Satan and Hexvessel. There was also lots of stuff going on in my spiritual growth and I absorbed lots of metaphysical ideas from many different schools. I started to record The Course of Empire last May. I wanted to make it more aggressive and darker album than the debut, again to mach my own thoughts during that time. I also let go of the idea that I should do everything on my own, so there are some featuring musicians on the album as well.

L: Aggressive and dark? From Finland?! How can this be?! I mean, really, what is it about Finland? Are you near Lemi, the Capital of Metal?

L: And there’s a single that’s out now from this upcoming album that people can check out. I understand you put a lot of thought into each track, with ideas and symbolism you’ve got in mind for each. What’s this track about for you as the artist?

J: I think this was the first track I wrote for the album. The whole writing process is covered in a haze, but I do remember having serious Kingston Wall vibes as I wrote this song. I have always felt a certain attraction to number seven and in this song that number plays a huge role. In Hebrew the number seven means a sword or “to arm”, so this song can be seen as a battle cry. On the other hand it is an ode to the never-ending dance of birth and death and it describes the message of the whole album pretty comprehensive way. There’s also another single that came out on Nov 8th!

L: Tell me a bit about this second track!

J: “Sacrificial Light” is a song about self-sacrifice, whatever that may mean. I got Anna-Kaisa from The Aeon to sing this song and Kimmo from Hexvessel to play the string ensemble. The classical four elements are hidden in the lyrics to form a certain alchemic formula.

L: Tell me about your esoteric studies and influences. What path are you on? What’s being on that path done for you?

J: There are many paths with different names, different gods and different ideals, but in the end all of that is just semantics. I believe we all create our own paths, but after all all these paths are united. I could say the main influence is my own inner knowledge, which is dynamic and all-developing. I have adopted the Thelemic philosophy (which is a nexus of many mystical and cultural schools) and I enjoy the main concepts of Daoism. These systems have helped me to conceptualise some metaphysical phenomena that I have always known they’re there, but never had the right names for. At this point I’d like to bring up Atheism. I know so many smart and nice atheists, but for some reason they can’t stand if one speaks about being on an esoteric path. I guess that’s because they forget that these paths can be (and often are) symbolic. The Gods, prophets and rituals may be symbols and thus could fit even the atheistic world view flawlessly. I believe we all are capable of finding our own paths, but at first we need to know who we truly are. And that’s where the symbols help us.

L: How have these occult influences informed your music? How have they influenced your ideas of music and have they had an influence on your technical music making as well?

J: In general I trust my intuition more and try not to be too hard on myself. When it comes to the writing, all of my lyrics are very much inspired by various occult themes and there are loads of known symbols and esoteric principles to be found.

L: What do you know now about your particular esoteric path and study that you wish you’d known before?

J: I really do believe that everything happens exactly at the right moment – that’s the only possibility. The Universe goes on exactly as it should, but we tend to forget that. And that’s mainly because we get so easily stuck in our human viewpoints. 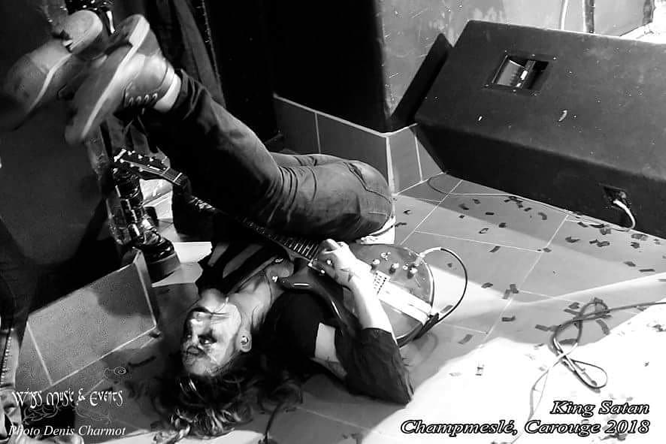 L: How does this thinking affect you as you go about doing things in your life? Do you have a personal practice informed by these ideas?

J: I have had to learn to accept things as they come. For me it doesn’t mean that one should be passive and submissive, but rather humble and ready to move on. I try to practice what I preach!

L: What do you suspect is true, but can’t prove, about your particular esoteric path of study?

J: What a question! I can’t even prove to myself that I am true!

L: Well, let’s continue as if we are true, for some value of true that helps us make it through this interview!

J: Wow, maybe you can write the lyrics for my next album? The jazzy satanic children’s music record?

Thanks to Jesse Heikkinen for taking the time to talk with me about his work. Be sure to check out the two released singles and the self-titled Iterum Nata on Bandcamp, watch for the second solo upcoming release, and then head down the rabbit hole to find out about his other projects while you’re waiting.